Cocktail of a Third World War and a Stoic Akufo-Addo 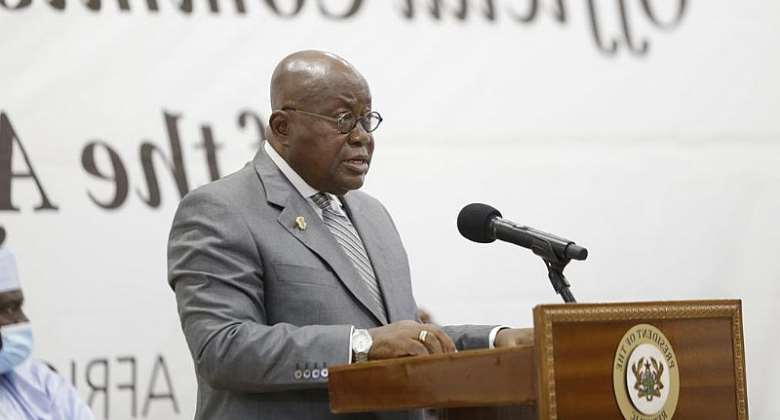 Seventy-four years after the second world war ended, it seems to me that yet a third is being fought with a cocktail of events for maximum results of destruction, ethnic cleansing, and mass massacres. Unlike the previous conventional means of two sides and their alliances fighting across continents and far off countries, much like patsies gnawing at each other as Tasmanian devils in pockets of skirmishes clubbed into groups akin soccer leagues eliminating one another until the drawdown remains between the strongest, this time the strategy is one of proxy rather than face to face confrontation.

It can never be that the Super Powers care for any nation at all. They live like scavengers that prowl the battlefields looking for spoils, bodies, and carcasses to satisfy their egos and submit to their insatiable appetites. They ravage countries, economically, and where possible annihilate nations; examples: Libya, Iraq, Afghanistan, Ukraine, North and South Sudan, DRC (Kinshasa), Liberia, Rwanda, etc. France, for example, continues to take 10% of the income of its former colonial territories, and it does so, legally, protected by international law because no country got its independence without signing a commitment bond.

The most recent turn of events in this proxy third world war is that being fought between the USA and Russia on Ukrainian soil. Ukraine has become a test site for weapons of mass destruction manufactured by the United States of America, and, of course, Kremlin. City after city in Ukraine has been razed down amidst encouragement and fake hope from the American side.

That turf is not the only site for this destructive war. China is puppeteering both North Korea and Russia as it seeks to outmuscle the West, especially the United States of America. It is consolidating its control over Africa because that is the key to the survival of the super powers. Yes, Europe and the USA were nothing until we willingly sold ourselves into slavery. Take it or leave it, that is what we did to ourselves!

This preamble to the topic in discussion brings us to the status quo in Ghana, where we have a President doing all that he can to ameliorate the effects of this world war, which started by the creation of covid-19, hence the pandemic. Countries were thrown into the abyss of debt that they had never, hitherto, succumbed to before in their entire history.

We had our share of the mounting economic pressure. The President forged ahead, and in spite of all that, managed to transform Ghana with the massive industrialisation and digitalisation drive. More vehicle assemblies were setup by icons like Toyota, Nissan and others of their own volition given the stable and investment friendly environment. Local industries flourished and continue to grow as at now.

So, if, finally, Ghana has reached a crossroads where it has become absolutely necessary to seek for rejuvenation by calling on the IMF, a friend and foe we are all cautious of, where is the problem? See it as a glucose mix that is given to athletes as they run a marathon. Without it, how many can sustain their run? Unlike the NDC where Ghana’s economy crumbled at the genitals of wayward NDC politicians, we are suffering a current crisis due to the external pressure being heaped on us by a rumbling proxy third world war. Yes, A THIRD WORLD WAR!

Given such a fantastic job by President Akufo-Addo, can’t Ghanaians be thankful to GOD that he sent us such an exemplary patriot to lead us?

What Ghanaians must know is that under John Mahama, the IMF stipulated stringent conditions because they were all too aware that Ghana’s economy was destroyed by indulgent NDC politicians that were concerned more about filling their bellies, pockets, and satisfying their thirst for exquisite booze and twerking female prodigies.

However, this time, IMF is not coming with such stringent conditions because they know that under Akufo-Addo, Ghana’s economy is in relatively safe hands.