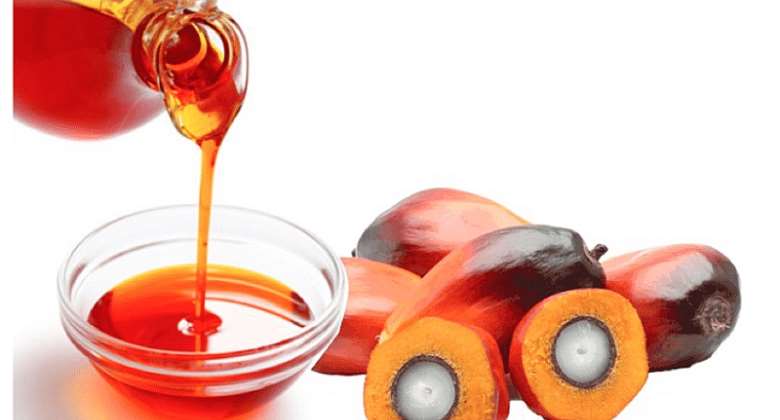 When it comes to cooking oils, Palm oil appears to be controversial. Additionally, Palm oil should not be confused with palm kernel oil. Though both have their root from the same plant, palm kernel oil is extracted from the seed of the fruit. It provides different health benefits. Palm oil has a variety of medicinal uses in Africa as well. It was used as an antidote for poison, a cure for gonorrhea, a natural laxative, a diuretic, and a treatment for headaches and skin infections. This article brings an objective analysis of Palm oil to settle the long-standing controversy.

Unrefined palm oil is raw oil that is pressed directly from the palm plant. It’s reddish, with a distinct odor and flavor. This type is more often used in our traditional cooking. Refined palm oil goes through several processing steps to give it a neutral color and flavor. It is used more widely in food manufacturing or for frying mass-produced foods.

According to the US. Department of Agriculture, one tablespoon (14 grams) of palm oil contains approximately: 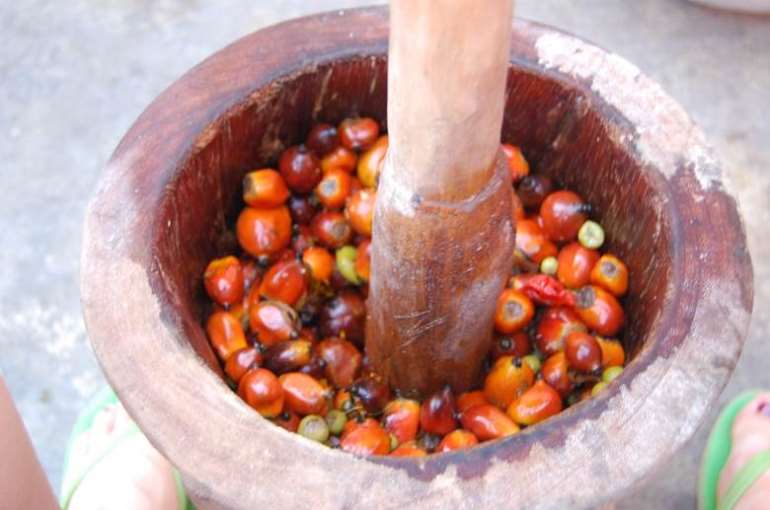 On the other hand, a study by Tan et al.(2021) explained that Red palm oil’s reddish-orange pigment emanates from antioxidants known as carotenoids, including beta carotene, which the body can convert into vitamin A.

Palm oil is loaded with tocotrienols, a form of vitamin E which contains antioxidants that may support brain health.

One Animal and human study (Gopalan et al. 2014; Ibrahim et al. 2017 ) found that the tocotrienols in palm oil can help protect the delicate polyunsaturated fats in the brain, slow dementia progression, reduce the risk of stroke, and prevent the growth of brain lesions.

In the human study, Gopalan et al. (2014) conducted for 2-years involving 121 people with brain lesions, the group who took palm oil-derived tocotrienols twice a day remained stable, but for those who received a placebo, their lesions grow.

In the case of Fattore et al.(2011), the study involved a large analysis of 51 studies and found that total and LDL (bad) cholesterol levels were lower in people who consumed palm oil-rich diets than those who consumed diets high in trans fats or myristic and lauric acids.

Additionally, the case of Lucci et al.(2016) involved a 3-month randomized study from Columbia that examined the cholesterol-lowering ability of palm oil made from a hybrid of Elaeis guineensis and Elaeis oleifera trees.

In this study, people consumed either 25 mL (2 tablespoons) of olive oil or a hybrid palm oil daily. Based on a 15% drop in LDL (bad) cholesterol in both groups, researchers suggested this palm oil could be called “the tropical equivalent of olive oil”.

In a previous clinical trial, Zhang et al.(1997) also examined the effects of palm oil, soybean oil, peanut oil, and lard on cholesterol levels. The authors found that palm oil caused a 13.1 percent decrease in bad LDL cholesterol and a 6.7 percent drop in triglyceride levels in those with normal cholesterol.

Apart from Palm oil lowering your cholesterol levels, it also slows the progression of heart diseases. One clinical trial by Tomeo et al.(1995).

This means that Palm oil is a heart-healthy fat and should be part of a diet plan to reduce the risk of coronary heart disease.

One old study by McLaren(1999) and a recent review study by Tan et al.(2021)found that Red palm oil enhances vitamin A status in people who are deficient or at risk of deficiency because it’s rich in carotenoids that the body can convert into vitamin A.

Another small study in 16 participants by Sommerburg et al.(2015)found that people with cystic fibrosis, a condition that makes it difficult to absorb fat-soluble vitamins, experienced an increase in vitamin A blood levels after taking two to three tablespoons of red palm oil daily for 8 weeks.

A previous clinical trial by Radhika et al.(2013) also found that Palm oil is mostly used as a supplement to help improve vitamin A status in those who are at risk for deficiency. This study emanated from the National Institute of Nutrition, Indian Council of Medical Research in India, for example, showed that treating pregnant women with red palm oil increased vitamin A levels for both women and their babies.

Another meta-analysis of nine high-quality studies by Dong et al.(2017)found red palm oil supplementation to increase vitamin A levels in both children and adults.

Pham-Huy et al.(2008) study found that Free radicals are highly reactive compounds that form in your body as a result of factors like stress, a poor diet, or exposure to pollutants and pesticides. These free radicals can be mitigated by Antioxidants and protect the cells. This can be done by using Red palm oil which is high in beneficial antioxidants and has also been shown to reduce the inflammation and oxidative stress caused by free radicals.

For instance, one animal study by Varatharajan et al.(2013) in Malaysia examined the antioxidant activity of palm leaves extract (OPLE) in mice with diabetes. After just four weeks, OPLE was found to cause improvements in kidney dysfunction and fibrosis, two conditions commonly associated with diabetic neuropathy. Not only that but it was also found to decrease markers of oxidative stress and inflammation as well.

In case you want to use Palm oil for oxidative stress, Rachel, L(2018) article suggests you add plenty of other high antioxidant foods, such as turmeric, ginger, dark chocolate, and pecans.

Rachel, L(2018) explained that many people swear by using red palm oil for skin and claim that it can do everything from improving the appearance of scars to fighting off acne. This is because it’s rich in vitamin E, a nutrient that plays a central role in skin health.

This notwithstanding, one randomized controlled trial by Jaffary et al(2015) reported that taking vitamin E by mouth for four months significantly improved symptoms of atopic dermatitis( a condition that makes your skin red and itchy) compared to a placebo.

Another study by Keen and Hassan(2016) found that vitamin E may be useful in the treatment of wounds, pressure ulcers, and psoriasis.

Palm Oil, Side effects, and Concerns

There have been so many controversies regarding the consumption of Palm oil on health status. Let me address this here:

One, as humans, we behave differently. Hence, from studies, consuming red palm oil is likely to have a different impact on the individual. The fact is that many studies found that palm oil can reduce cholesterol levels, others have produced mixed results reporting that it can increase cholesterol concentrations for some individuals. I provide the studies on negative studies here:

Though did not chance on any such studies on Africans, I advise you to use palm oil in moderation and use it in combination with other healthy fats in your diet.

Another concern is that most of the palm oil on the market today is heavily processed and oxidized for cooking purposes. Rachel, L(2018) explained that this method depletes palm oil of its health-promoting properties and can have negative impacts on health. Hence, I advise you to use unrefined and cold-pressed palm oil to avoid any adverse health effects.

Let me use this medium to also settle this controversy between the two: The biggest differences lie in the composition of these two types of oils. The fact is that Coconut oil is higher in saturated fats and medium-chain triglycerides. On the other hand, palm oil is divided into nearly 50/50 between saturated and unsaturated fats, coconut oil is almost entirely made up of saturated fats. Coconut oil also contains beneficial compounds like lauric acid, which has been linked to a lower risk of heart disease and contains antimicrobial and antiviral properties.

When comparing red palm oil vs. coconut oil, however, both bring a different set of benefits and health-promoting properties to the table. Include both, along with other healthy sources of fat, in a well-balanced, nutrient-rich diet to promote better health.

To studies there are numerous health benefits of palm oil including decreasing cholesterol levels, reducing oxidative stress, boosting brain health, slowing the progression of heart disease, increasing vitamin A status, and improving skin and hair health. Take notice of the negative aspect of reheating and reusing which possess a danger to our health. You can also derive the numerous benefits in Palm soup due to the tocotrienols, a form of vitamin E that has strong antioxidant properties that may improve brain health.