Conference aimed at rebuilding Ukraine kicks off in Switzerland 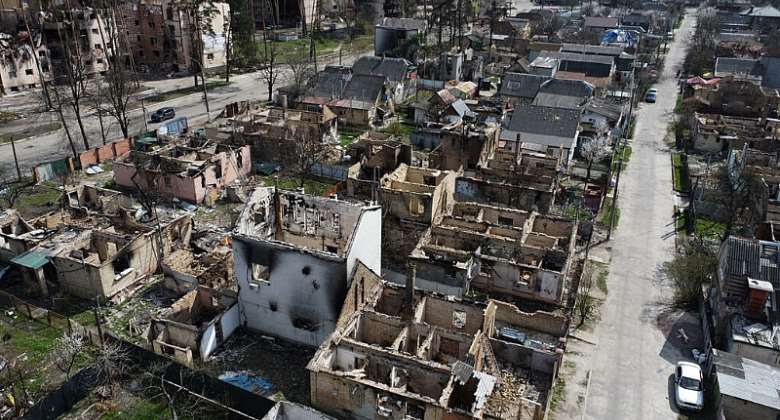 Switzerland this week hosts the "Ukraine Recovery" conference, to focus on how international partners can help rebuild the country in the wake of the massive infrastructural damage caused by Russian bombing raids.

Ukraine's Prime Minister Denys Shmyhal will lead a 100-strong delegation to Switzerland for this week's international meeting on rebuilding Ukraine.

That is the largest delegation to leave the country since the Russian invasion began on 24 February.

They will be joined by delegations from dozens of countries at the Ukraine Recovery Conference to be co-hosted by Kyiv and Bern in the southern Swiss city of Lugano on 4 and 5 July.

The conference had been planned before the conflict, and it had originally been intended to discuss reforms in Ukraine before being repurposed to discuss reconstruction.

It will not be a pledging conference but will instead attempt to lay out the principles and priorities for a rebuilding process aimed to begin even as the war in Ukraine continues.

Roadmap on road to recovery

"Lugano will be one of the first, and maybe the key platform on recovery of Ukraine,... the roadmap," Ukrainian ambassador in Switzerland, Artem Rybchenko, said.

Ukrainian President Volodymyr Zelensky had initially been scheduled to come and co-host the event alongside his Swiss counterpart Ignazio Cassis, but he is now due to attend by videolink.

Rybchenko said that laws in Ukraine prohibit the president, "the first responsible person", from leaving the national territory at a time of war.

In addition to Shmyhal, six other Ukrainian government ministers, including the country's top diplomat Dmytro Kuleba, will be present in Lugano, as well as a number of parliament and regional leaders.

The meeting may lead to the creation of a Ukraine version of the post-WW2 Marshall Plan.

That plan, initiated in 1948 “provided more than $15bn to help finance rebuilding efforts” across Europe, according to Mark Temnycky, an East Europe specialist writing on the website of the Centre for European Policy Analysis (CEPA.)

The program sought to "rebuild cities ravaged by the war, reconstruct critical infrastructure, and restore various industries and companies."  These efforts led to a "stronger, more united Europe, and with it, modernisation and a technology boom. The program also saw significant economic growth in the countries that received funding."

But critics have argued that the problems caused by the Russian invasion are only skin deep. Ukraine's economy was already badly hit by the coronavirus pandemic. Ukraine also suffers other fundamental problems, such as lack of transparency and economic malfeasance.

According to Transparency International (AI), Ukraine ranks no. 122 of the 180 nations in AI's "corruption perception" index, and is by far the most corrupt country on the European continent.

Was the country's GDP already in freefall before the invasion, in 2022, the World Bank estimates that Ukraine's GDP could face a 45 percent decline. Rebuilding the country could cost hundreds of billions, if not trillions of dollars.

Concluding its own meeting last week, the G7 group of  industrialised nations said in a statement that it is "ready to support an international reconstruction plan," but stressed the importance of enhancing "strong democratic institutions, the rule of law, and anti-corruption measures" in Ukraine.

Rybchenko said that organising the delegation had been complicated.

It is no longer a question of a two-hour flight from Ukraine to Switzerland, he said, pointing out that it now takes "around two days, by train, flying, by cars".

In addition, the male delegation members between the ages of 18 and 60 all had to apply for exceptions from a wartime law barring them from leaving the country, he added.

In all, 38 countries and 14 international organisations will send delegations to Lugano, with eight heads of government in attendance, including the leaders of Poland and the Czech Republic, the Swiss organisers said.

Kyiv will present its vision, and the parties will try to nail down priorities for rebuilding and establish a number of principles, including that the process must be Ukrainian-led, and that it must go hand-in-hand with reforms.

Ejisu Roman Catholic School gets water closet for the first ...
51 minutes ago