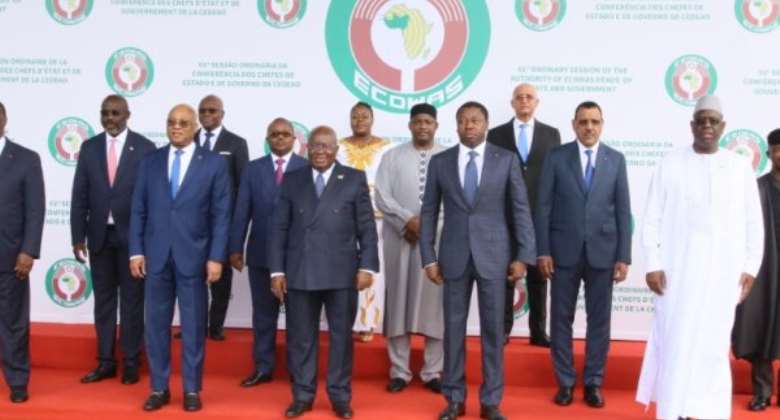 The bloc has also reversed the closure of Mali's borders and has urged regional envoys to return that country.

The sanctions were lifted because the west African country's military authorities had taken steps to establish an electoral code and monitoring mechanism, as well as adopted a new constitution, which would lead to elections in March 2024.

Commission President Jean Claude Kassi Brou told a Press conference in Accra after an ordinary session of ECOWAS leaders that the lifting of those sanctions, placed on Mali in January, takes immediate effect.

However, individual sanctions will remain in place and the country is still suspended from all activities on the block until constitutional order is restored.

On the situation in Burkina Faso, Kassi Brou told the media that the Junta had agreed to a 24 month period to return the country to democratic rule,starting July 1, 2022.

He said that ECOWAS Heads also removed the Economic and financial sanctions placed on the country.

It asked the junta to submit a new timetable by the end of the month, and a new Mediator, former Beniniose President Yayi Bonyi, has been appointed to work with the country to ensure its delivers the new arrangement by the deadline.

The ECOWAS leaders decided to maintain the individual sanctions against members of the junta, amd the suspension of Guinea from the regional body.

Kassi Brou said failure on the part of the Guinean authorities to propose an acceptable transition arrangemt by the end of July will attract further economic and financial sanctions.

"Beyond that, economic sanctions will be imposed," he said.

Ejisu Roman Catholic School gets water closet for the first ...
35 minutes ago