A/R: One dead, six arrested after clash over land at Adum Afrancho 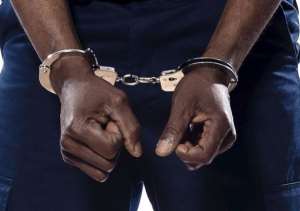 At least six people have been arrested following a clash over land and chieftaincy dispute at Adum Afrancho near Atwima Kwanwoma in the Ashanti Region.

The incident occurred on the morning of Sunday, July 3, 2022, at about 7:00am when two factions met on a family land where a struggle ensued.

During the altercation, the deceased, known as Kwame Yeboah, aged 23, was allegedly stabbed to death by Kwadjo Brefo, who is among the suspects arrested.

Two persons, including suspect Kwadwo Brefo, sustained injuries and are receiving treatment at the hospital under Police guard.

An operation led by the Ashanti Regional Police Commander helped to restore calm in the area and resulted in the arrest of the six people.

“The Police have arrested six persons in the Ashanti Region following a land and chieftaincy dispute that led to the death of one person at Adum Afrancho near Atwima Kwanwoma.

“Police have beefed up security in the area and we are in full control of the situation,” parts of a Police statement issued on Sunday evening said.

Below is a copy of the Police statement: