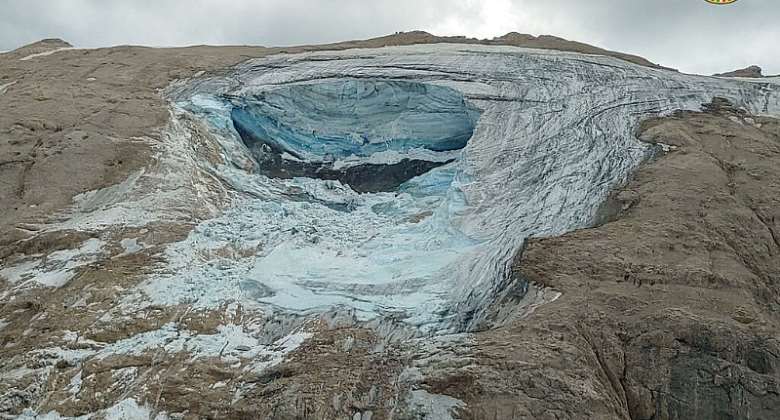 Six people were killed and eight others injured in an avalanche that was touched off after the largest glacier in the Italian Alps collapsed due to higher-than-average temperatures, according to Italian emergency services.

"An avalanche of snow, ice and rock hit an access path at a time when there were several roped parties, some of whom were swept away," emergency services spokeswoman Michela Canova told AFP newswire.

The glacier was located on Marmolada, the highest mountain in the Italian Dolomites, near Puta Rocca village.

The avalanche struck the day after record-high temperatures of 10 degrees Celcius were recorded at the glacier's summit.

Emergency rescue
The most serious injured was taken via helicopter to Treviso, while two others were taken to a hospital in Belluno, and five more injured went to Trento, said Canova, adding that she did not know the number of climbers involved.

Helicopters also surveyed the situation from above.

Meanwhile, on the ground, Alpine rescue teams with sniffer dogs from nearby Veneto region were deployed to help in the rescue.

These glacier collapses are “bound to repeat itself”, Renato Colucci, a glacier specialist, was quoted by the Italian news agency AGI, because "for weeks the temperatures at altitude in the Alps have been well beyond normal values".

The glacier in Trento region feeds the Avisio river and overlooks Lake Fedaia.

The UN Intergovernmental Panel on Climate Change (IPCC) issued a report in March, warning that melting ice and snow is one of 10 major threats caused by global warming.