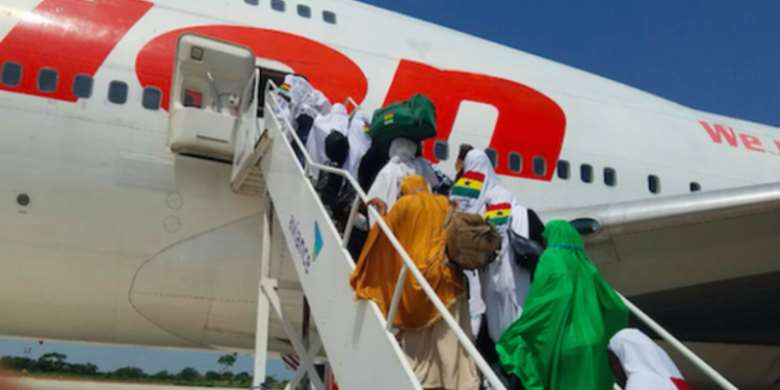 The National Hajj Board has given assurances that it will refund the monies of Muslim pilgrims who have paid but have not been airlifted to Saudi Arabia for this year's hajj.

According to the board, it is unable to fly out all the pilgrims who have paid for the expected amounts due to a limited quota Ghana was assigned by the Saudi authorities.

The Communications Director for the Hajj Board, Abdul Rahman Gomda in a Citi News interview said the board is aware of the discontent of many of the pilgrims who have been left disappointed at the hajj village because they expected to have left the country for Saudi Arabia for the 2022 hajj however, it is not able to do much for them due to the cap placed on the number of Ghanaian pilgrims Saudi Authorities will allow into the country.

“Every country is given a quota. Two years ago we had 6,000 pilgrims who were scheduled to travel. Unfortunately, Covid came. We thought it was going to be possible, but that was not possible. The Saudi authorities have a special ministry for Hajj, and they decided that Ghana should be given a quota of 3,069. Under the circumstances, not everybody will be able to go, and as a result of which you are seeing these agitations and discontentment,” he said.

They said the board is working to ensure that the disappointed pilgrims get back their monies in due time.

Some of the pilgrims in an earlier interview said after paying for the trip in 2019 and topping up with the extra funds requested by the board this year, they expected that they will be prioritised, but they have been left out of the flight to Mecca for this year’s hajj.