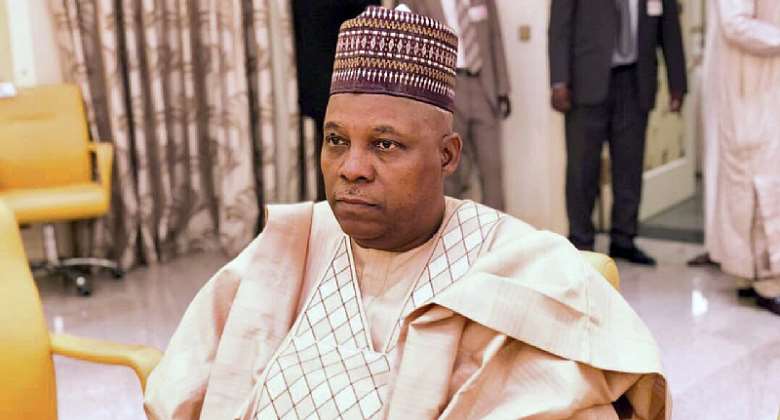 No one in the world can deny the reality that religious polarization is a real problem in Nigeria. As such, All Progressives Congress (APC) and even labour party Christians across the country are opposed to Muslim-Muslim presidential types of candidacies, and Tinubu especially is caught in this dilemma.

Psychologically, one must be sympathetic to the Christian community as they call for a religious and ethnic balance, and to do otherwise is a grand mark of insensitivity.

But here is a bitter reality that Nigerian Christians cannot ignore, in Nigeria’s political affairs, the north is indispensable—and it has always been because it has more population and more votes.

Unlike Peter Obi, Bola Tinubu, like Atiku Abubakar of Peoples Democratic Party (PDP), are Muslims, but from different regions, and as perception has it among Nigerians, Tinubu is more popular among the political leaders, and even among the voting population nationally. I do not belong to either PDP or APC, nor do I know any of these men. I am only here to give a psychological picture of potential good leadership in the African settings.

Let’s look at the national perception that sees the current Muslim-Christian presidential make-up where President Muhammadu Buhari is seen as a tribalized person, as evidenced by top government appointments mainly of Hausa/Fulani Muslim background.

In Nigeria, Christians should ask themselves, with the current Muslim-Christian presidency in place, how has it made the country progressive, given the mass insecurity and the huge problems of the economy everywhere.

The impact of more votes is felt in the North, and Tinubu, who is more popular among the powerful, knows this, although not necessarily better than Atiku and Obi, should not be mainly judged and looked at by the southern and northern Christians through the lens of religious politics.

In a country like Nigeria, Tinubu finds himself in a reality where political power and influence, especially in his party, lies more in the north, so he deserves sympathy as it is not easy.

But there is a major requirement that needs to be placed on him. If Tinubu is going to pick a running mate from the northern Muslim leadership, make sure the person is known for their multicultural openness, problem-solving ability, and multi-faceted competency skills and experience. By national perception, that man is Kashim Shettima.

Both Tinubu and Obi need a man like Shettima, the former Borno State Governor, currently a federal Senator, who is liked by all across the nation, by both the poor and the rich. He is known as an achiever during his eight years as Borno State governor. He is known for his courage, loyalty, friendliness, and compassion.

Shettima is known for facing difficult and risky tasks with his commitment, transparency, and competence in all he touches.

Across Nigeria media, he is known for believing in the spirit of democratic governance, one that follows due process, avoids misuses of power, and believes in merit instead of tribalism or religiosity when it comes to institutional matters.

Shettima's banking, business, corporate, and even academic records will all lead to better economic leadership and responsibility for the nation.

As an economist, an agriculturist, and a political tactician, he could help any president utilize resources in such areas as education, industrialization, job creation, health, electricity, and food production.

In the area of security, as a governor, he effectively managed challenges arising from the Boko Haram insurgency and worked out a plan with the National Security Adviser that led to the establishment of youth volunteers called the Civilian JTF.

Shettima will always be remembered for being one of the original strategists during President Goodluck Jonathan's presidency who cried out in a rising voice warning that the assault of Boko Haram should be seen as an attack on the country and not just Borno state, where he was a governor. If he was taken seriously by previous national administrations, the on-going destruction from terrorists would be managed better.

Shettima's leadership credentials and skills have led to various recognitions within Nigeria and internationally.

He is well respected by the media for his boldness, honesty, and good manners.

He believes in people with experience and leadership skills, a judgement he expressed about Tinubu before and during the presidential primaries.

Even Tinubu admitted that some party stalwarts ganged-up against his presidential bid.

Shettima will follow Tinubu’s footsteps, who no one can deny brough immense contributions to the State of Lagos and worked towards developing democratic government in Nigeria. Nigerians need national stability and real progress.

Nigeria requires experienced and dynamic leaders who understand the country's dynamics. Shettima is part of that dynamic minds.

With the lens of institutional psychology, let the likes of Tinubu or Obi govern the nation as a Chief Executive Officer (CEO), the one who is responsible for the nation’s overall success. As the nation’s CEO with a "hands-on" role, leading and executing the long-term strategy, ensuring the longevity and success of the country.

From the angle of institutional psychology, Tinubu, who will presidentially act as a CEO, and Shettima, as the Vice President, or Chief Operations Officer (COO) will actively pursue services such as education, healthcare, agriculture, housing, justice, and technology and see that they are provided to the needy, especially with no distinction of ethnicity or region of origin. A CEO and COO who will not act as an authoritarian leader, who will not reduce press and political freedoms and who will not preside over an undemocratic nation.

The country can be on a journey to unity and progress via a style of governance unyielding to corruption and divisive talk. For Nigerians who are rightly concerned about character and personality, Shettima fulfills that worry.

No one can accuse him of being tribally discriminatory in his relationships with any Nigerian or of having extreme attitudes toward wealth, power, and fame, making him a better sole mate to any potential president.

Shettima is the type that could provide sound planning along with the potential president for national unity. From his history, he will be the type to denounce destructive tribalistic approaches to government appointment, and will avoid nepotism, which is responsible for a lot of ills such as underdevelopment, corruption, violence, and rigging of elections.

As a moderate mind, he is likely not to exploit tribal loyalty to advance personal gain, ethnic gain, narrow interests, patronage, and cronyism.

What Nigerians need now, whether they are Christians, Muslims, or traditionalists, are leaders with exceptional character and skills that are critical to Nigeria's development.