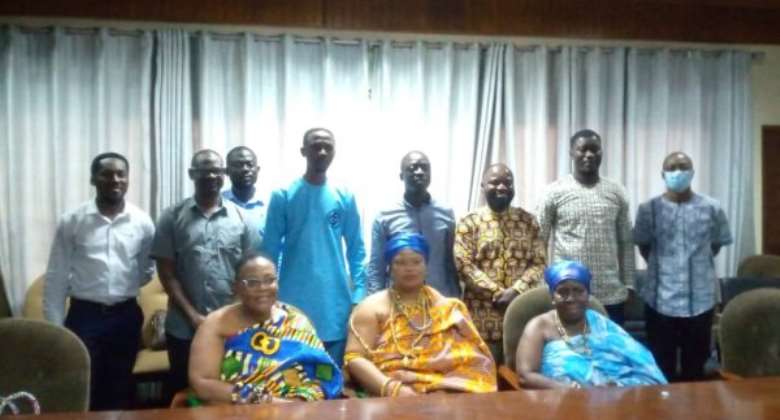 Mr Mark Agyemang, a Project Consultant, has suggested the government use a portion of the crude oil and mining revenues to finance free primary healthcare for the poor and vulnerable in society.

“Just as the government is financing Free Senior High School with revenues from crude oil to improve education in the country, it could also consider implementing similar intervention for the health sector for the poor and vulnerable,” he said.

Mr Agyemang made the call on the sidelines of an engagement forum between Friends of the Nation (FON), a non-governmental organisation, and the Ministry of Finance, in Accra, to discuss issues relating to the extractive sector.

He made proposals to be considered when reviewing the Petroleum Revenue Management Act (PRMA) in order to make the legislation more pro-poor.

The FoN, together with some queen mothers from the Western Region, called on the Ministry on proposals to be considered during the amendment of the PRMA.

This comes after the NGO went around the country to monitor some projects and programmes being financed with petroleum revenues.

Mr Agyemang, who was the Lead Project Consultant in the proposed review of the PRMA, said education, health and social services should be equitably financed to benefit all citizens, especially the poor and the vulnerable.

He also called for an improved and targeted disbursement of the oil revenue to the agricultural sector.

Mr Agyemang said all roads being financed with the petroleum revenues should be linked to agriculture production hubs to improve the sector.

“Agriculture is a priority area in the development of the economy, but most of the investments in the sector were not targeted at improving agricultural production,” Mr Agyemang observed.

Mr Agyemang, therefore, appealed to the Finance Ministry to conduct an impact analysis and projects assessment on how oil revenues had been utilised over the last few years.

That, he said, would help the government to know and understand where investments were bringing the needed dividends and areas that needed to be relooked at in the disbursement process.

“We appealed to the Ministry to provide cold storage facilities for fishmongers in the Region,” she added.

The Acting Queenmother also called on the Ministry to provide low-interest loans for women farmers to enable them to scale-up production.

Mr Joseph Sarpong, the Head of Energy and Petroleum Unit at the Finance Ministry, said the concerns raised by the NGO, the Project Consultant and key stakeholders would be considered when reviewing the PRMA.

Mr Sarpong said the Ministry had already begun inputting some of the proposals in the review process.

However, in 2019 the Ministry of Finance constituted a Review Committee to commence amendment of the Act to meet current goals.