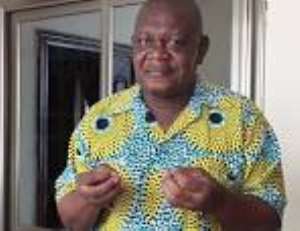 He therefore entreated Ghanaians not to mistakenly vote for the NDC to regain political power in the Election 2024.

He said the global economic situation was going through serious stress and challenging moments due to several factors including the Russia-Ukraine invasion and the COVID-19 pandemic and entreated Ghanaians to maintain their faith and trust in the NPP government.

Mr Appiah, a former organiser of the NPP in the then Brong-Ahafo Region, in an interview at Odumase indicated that the global economic crisis and downturn had also had huge toll on Sub-Saharan neighbours like Nigeria, saying South Africa and Egypt were all experiencing serious economic downturn.

"We must let the good people of Ghana understand and appreciate the global economic trend and not allow the NDC to throw dust in eyes of Ghanaians, sway and convince them with their propaganda tools and to score political marks just to win their votes in 2024 and destroy the gains of the NPP government", he said.

Reacting to former President John Dramani Mahama's perception about the state of the nation's economy, Mr Appiah said the administration of the former president was partly responsible for the economic woes Ghana was currently experiencing, indicating that President Mahama,s led NDC government left a hard-to-repair economy full of debts.

"In fact the true story is that former President Mahama left mismanaged the national economy, and left an empty coffers making it difficult for the NPP to repair. Despite all these, President Akufo-Addo and his able and competent leadership were not discouraged, tried turning things around until the COVID-19 pandemic sets in. But I believe all hope is not gone and very soon we would see things changed for the better", he added.

Touching on the state of the NDC ahead of the Election 2024, Mr Appiah said the NDC needed to do its home work well, build a succession plan that would pave the way for the party to tap and harness the potentials of the younger politicians to take over the affairs of the party and contribute significantly to consolidating the gains of the nation's multi-party democracy.

"The likes of former President Mahama and his cohorts must not be allowed to run the NDC and shadow box. Despite the incompetencies and poor administrations, we still need the NDC surviving not only to add to the beauty of our democracy, but also contribute to nation building" the former organiser added.

"As a former President the best thing Mr Mahama can offer to the NDC is to sit aside, advice the party and allow new and fresh minds to take over the affairs of the party. Until that was done, then the NDC must prepare to go down to the political grave because it would be suicidal if the NDC allow the former president and his cohorts to impose themselves and take back leadership of the party", Mr Appiah stated.