Beware The Ides Of June 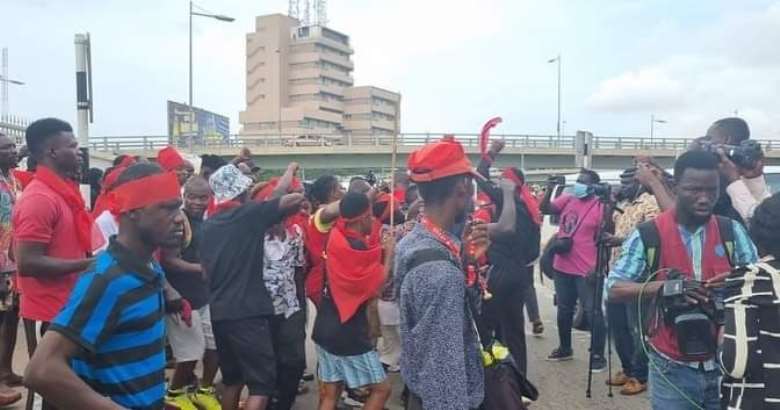 We are not superstitious but wish to revisit some negative occurrences which happened to our country in the month of June.

These of course are against the backdrop of the bloody demonstration organised by the NDC in the twilight of last month.

It was on June 30, 1982 that three high court judges and a retired Army Major were abducted under bizarre circumstances and murdered in the most horrendous manner by agents linked to the junta which has metamorphosed to the NDC today.

It is a subject which will continue to resonate in the minds of Ghanaians especially, scholars of local contemporary political history.

It happened 40 years ago, 1982, in a country which had no experience of such dastardly act.

Even more worrying was the involvement of junta actors although futile efforts were made to change the impression. Not even the sacrifice of one of the actors was enough to clear the bloodied image of the junta which promised salvation yet, muddied the country up in a fashion unparalleled in contemporary history.

Celebrating this blight is just right because it reminds us about how a group of Ghanaians embarked upon this act of vengeance by visiting  most despicable murders on their compatriots whose only crime was that, they were living up to the billing of their profession.

It is instructive that many years down the lane, NDC actors continue to regard the judiciary as an enemy. Pronouncements have been made by some of them which point at their party not believing in the rule of law. Unfortunately, the country has moved on and democracy remains the choice of the people warts and all.

Talking about the month of June reminds us also about June 4, 1979, another dark day in our contemporary history. It was a day on which a mutiny took place. Top retired senior military officers were rounded up and shot on the stakes.

On June 3, 2015,  Accra witnessed the most horrifying disaster when during a downpour, there was a fire at a filling station which claimed 40 lives and injured scores of others.

June is one month during which the NDC loves visiting its bloody incidents on Ghanaians.

Had the night time demonstration with an NDC- engaged private security personnel providing so-called protection been allowed, only heavens could have predicted the outcome.

For us, therefore, without the intention of plagiarising Shakespeare, we ask our compatriots whether we should not beware the ides of June?