Going to the IMF is not a get-out-of-jail card; our suffering will continue – Joe Jackson 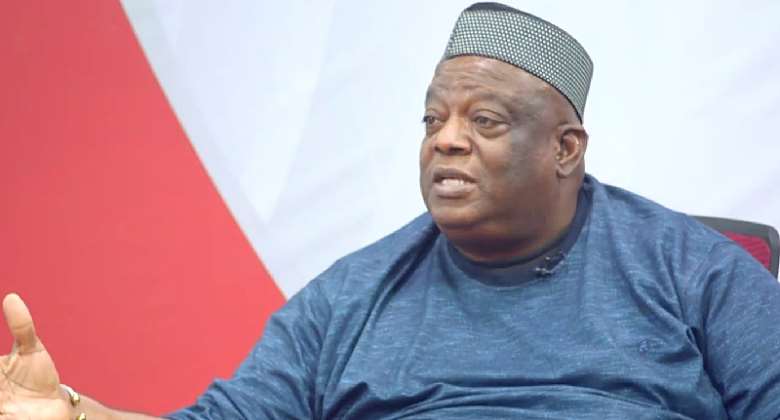 Financial Analyst, Mr. Joe Jackson has cautioned that Ghana’s return to the IMF will not be a get-out-of-jail card to solve all of the country’s economic challenges.

The government on Friday, July 1, 2022, announced that President Akufo-Addo had contacted the International Monetary Fund to communicate the intention to seek help.

As a result, he had directed the Minister in charge of Finance, Ken Ofori-Atta to start engagements with the IMF for support in the midst of the troubling times.

“This follows a telephone conversation between the President and the IMF Managing Director, Miss Kristalina Georgieva, conveying Ghana's decision to engage with the Fund,” a press release from the Information Ministry signed by Minister Kojo Oppong Nkrumah said yesterday.

Speaking on the return to the IMF, Mr. Joe Jackson has indicated that it will not bring an end to the sufferings of Ghanaians.

He is however confident that the worst part of the hardships will be mitigated.

“I expect that going into this programme there will be parts of the programme to mitigate the worst part. But still, it won’t stop us from suffering a lot of pain. In any case, going to the IMF is not a get-out-of-jail card,” Joe Jackson told TV3 in an interview on News 360.

For ex-President John Dramani Mahama, the move by the government is belated. Nonetheless, he has welcomed the move and urged the government to present a comprehensive home-grown programme to the IMF for support.

He also proposes that President Akufo-Addo put together a formidable team of negotiators excluding Vice President Dr. Mahamudu Bawumia and Finance Minister Ken Ofori-Atta to hold the talks with the IMF.

Hottest Photo Reports
Catch up with all the political quotes from our politicians.
Advertise here
More from Headlines
ModernGhana Links
[Video] We won’t vote for ‘goat’ branded NPP again — Angry Mamponteng residents tell ‘Boniaye Kai' Akufo-Addo
NPP will fail to break the 8 due to behaviour of Akufo-Addo – Political Analyst
Akufo-Addo listens to only himself; he needs to be more accommodative, listen to advise – UCC Lecturer
TOP STORIES