Are the current happenings in Ghana a suggestion that the NDC has won the 2024 elections in advance and NPP should forget about it? 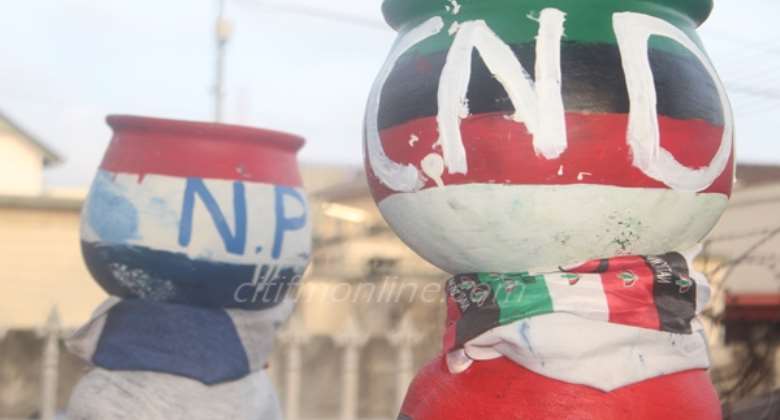 The recent decision by the Nana Addo Government to seek a bailout from the IMF superficially suggests the nail in the coffin to send NPP to the opposition and bring NDC back to power. From a deeper and dispassionate instinct and analysis, I think otherwise.

The recent economic challenges do not in any way suggest that Ghanaians will bring the NDC back to salvage the situation in the 2024 elections. It is self-evidence that Ghanaians are settled in their minds that Mahama has failed, and Akufo Addo didn't live up to expectations. Certainly, a new face will be sought.

Nana Addo will be done with his second term, and he is not eligible to contest again. So NPP will present a new face who has not been tried as a president before.

If the above analysis is anything to go by, it implies NPP is presenting a new face untried and untested as a president and NDC will present the old face that has been tried, tested, and discarded as a result of incompetence.

To go deep, the NDC candidate, which is Mahama, in the unlikely event that he wins the 2024 elections, is going to serve for only 4 years and he is not eligible to contest again.

If not for selfish- interest, Mahama knows very well that 4years is insignificant to meaningful turn things around in. In Mahama's own words captured by Joynews on 16 August 2016, "four years is not enough for any president, adding that the framers of the constitution were well aware of that and there gave an option for a second term for sitting presidents".

If he happens to be elected again, he is going to start from scratch, and this implies he is coming probably not for the sake of turning things around for the ordinary Ghanaian but to feather his own nest.

With the current situation in Ghana due to the global challenges and their clear impact on Nana Addo Government, NDC seems to be in their usually comfortable lead syndrome. However, history shows that any party that goes into an election overly confident always loses and NDC is certainly on that trajectory.

In politics, there is a cycle, and this means that things go up as well as down. What history teaches above all else is that politics is never a straight line; you cannot project from the way things are now to how they will be in the future. There are always discontinuities and surprises.

With is unique for the NPP and which is indeed a blessing in disguise is that the current hardships are not happening in an election year. The fact that the government is using this year to push through the most difficult and controversial measures portents a lot. Almost Always, painful reforms only pay off over time and they should be introduced early so that their benefits are felt before the party has to go to the people again, rather than introducing them as another election looms.