IMF bailout: They said they have the men but IMF is headed by a woman — Sam George 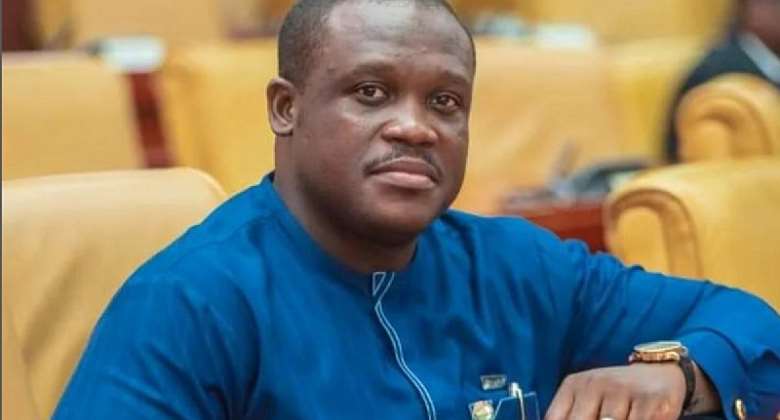 Member of Parliament (MP) for Ningo Prampram, Sam Nartey George has slammed the Akufo-Addo government for running down the economy despite the boastful talks that it has the competent 'men.'

In a tweet spotted by Modernghana News on Friday, July 1, 2022, the lawmaker said the ruling New Patriotic Party (NPP) government boasted of having men who can help manage the economy.

He noted that the NPP after running down the economy are now flocking to a women-led IMF for a bailout.

“Please, they said they had the men. IMF is headed by a woman, that why we are going there. Stop saying we are incompetent. Did we say we have the women? #NPPLogic,” he tweeted.

His remark follows Finance Minister Ken Ofori Atta’s comment who boasted about the NPP's ability to solve economic challenges for which reason an IMF bailout cannot be an option.

“Whatever we do, we are NOT going to the IMF. We are a proud Nation. We have the resources. We have the capacity. We are the Joshuas and Calebs. Don't listen to those Pharisees and Sadducees talking about IMF. We have the MEN!” said Ken Ofori Atta.

In the past weeks, there have been heightened calls for the government to consider enrolling onto an IMF programme in the face of the continuous economic challenges.

Although, the government had in the past stressed that it was using home-grown solutions to tackle the issues, it has now decided to go to the IMF for help.

The government of Ghana is in discussions with the International Monetary Fund (IMF) to seek support amid the economic challenges that have brought unbearable hardships to Ghanaians.

In a press release issued by the Ministry in charge of Information, Kojo Oppong Nkrumah disclosed that President Akufo-Addo has already informed the IMF of plans to seek help.

We love Adwoa Safo but it may be too late for her – Dome Kwa...
10 minutes ago