When the State of Law is Democratic 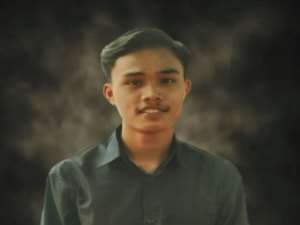 Article 28 of the 1945 Constitution also regulates the right to assemble, express thoughts in oral and written form, provided that all democratic activities are appropriate and do not violate various related regulations or those related to various "democratic" behaviors.

In the definition of the rule of law as regulated in the Constitution, it will initially provide a standardization of how the concept of the rule of law is. So that the state of law recognized in Indonesia does not float and is not abused. Therefore, several legal experts have argued about how the systems and concepts contained in the "rule of law" are used as prerequisites and conditions so that a country can be said to be worthy of using the term "state of law".

Of the many standardizations provided by experts on the rule of law. At least I would like to mention one opinion expressed by Lawrence M. Friedman regarding the existence of three foundations in the development of a rule of law, namely substance, structure, and culture.

The three foundations of the legal system must be in line in the sense that they do not precede each other, balanced in the sense of having the same level and mutually reinforcing in the sense of not winning on their own. This is based on the three foundations that play an important role in the development of the rule of law system so that it runs well. Because when one of them is problematic or not in tune with the others, the ideals in realizing a quality legal system of state building will experience a problem.

In other words, in Indonesia in forming a law (substance) the participation of the people as a representative of a democratic state must be included and on the other hand the people as part of Indonesia must also be considered to understand and obey the law that has been formed (culture) as well as law enforcement officers. the law does not violate the various democratic rights inherent in the people (structure).

That is, in simple terms, the ideal form of the Indonesian state is a balance between the three foundations of the rule of law to maintain, preserve and ensure the democratic rights of all Indonesian people for the realization of the ideals of the Indonesian nation.

However, as it is known that to realize the ideal form of the Indonesian state as mentioned above, it is also inseparable from various challenges and problems.

We can see that for now there are still many forms of stunting or even the revocation of democratic rights, either directly or indirectly, that is happening in Indonesia. this is inseparable from the substance and structure as well as the legal culture in Indonesia which is still in tatters.

Quoting from bps.go.id, the 2018-2021 Indonesian Democracy Index (IDI) has decreased. Furthermore, it is also explained that there are several factors in the decline of democracy. Some of them include threats/use of violence by government officials that hinder freedom of assembly and association as well as freedom of opinion (structure), threats/use of violence by the public that impede freedom of assembly and association and opinion (culture), and written rules are also a factor in the decline of democracy. in Indonesia (substance).

Furthermore, in this paper I would like to explain this problem through an objective view that in an ideal democratic system it cannot be separated from a democratic culture that is fenced off by various laws. So that in exercising democratic rights it must also be followed by a good understanding by the community about how democracy works as it should.

Also, it cannot be denied as one of the factors causing the lack of understanding of the community or the people towards law and democracy due to lack of knowledge or lack of education to the community, for example, public knowledge is only limited to the election of people who fill the executive and legislative institutions which occurs once in a year. five years or sometimes it is also caused by the incompatibility of the theory presented at the education level and the reality that occurs in the field.

From some of the statements above, it can be concluded that the relationship between democracy and the rule of law in Indonesia is not working properly, as a result of the lack of balance between the three legal foundations and the democratic system in Indonesia.

It is also clear that the strong contradictory relationship between the rule of law and democracy in Indonesia results in an imbalance between the three legal foundations. And very impact on the obstruction of the democratic system in Indonesia.

Furthermore, in the various problems above, a breakthrough is required in the form of efforts to improve the quality of the rule of law in democracy.

First, it is necessary to improve the understanding of the community and law enforcement officers about how the rule of law in a democracy works well. What is also not left behind is that regulations that are born must be more democratic, as it is known that the democratic system focuses on the majority vote, meaning that in forming a law or regulation in Indonesia, actually it must pay attention to the needs of the people, not only the personal desires of a few parties.

Furthermore, when talking about the rule of law, the main thing that should not be ruled out is increasing or improving public understanding of the law, one of which can be done through education both in formal education and non-formal education.

Where this will have an impact on the formation of a good legal culture of society in a democratic country. This means not only demanding to question democratic rights but also understanding how democracy should work in accordance with regulations or laws that have been formed from mutual agreements.

So that the balance that occurs between the three foundations of the legal state system and the smooth implementation of democracy in Indonesia will be able to realize an ideal and more promising Indonesian condition.

It doesn't stop there, even this awareness and understanding will become capital for the community to be smarter in their attitude when various legal and democratic events occur that cannot be separated from the life of the Indonesian nation. One of them is the 2024 election contestation as a legal event as well as a democratic event that will determine the future of the Indonesian nation in the future.

Latest Photo Reports
Catch up with all the political quotes from our politicians.
Advertise here
More from Article
ModernGhana Links
Would Kenyan women's rights be safe under William Ruto? Why they might not be
Mosquito species from Asia poses growing risk to Africa's anti-malaria efforts
Mosquitoes: there's malaria, plus 5 other diseases they pass on to humans
TOP STORIES