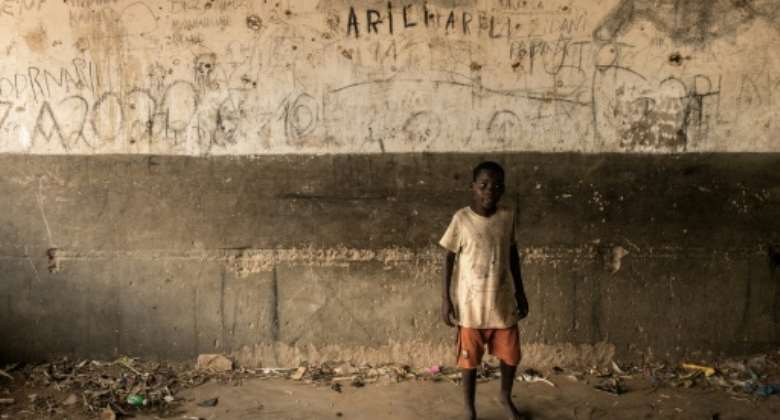 Children account for more than 40 percent of the 700,000 people displaced by violence in Cabo Delgado, the UN says. By JOHN WESSELS (AFP)

June saw a surge in attacks in Cabo Delgado province, where jihadists launched a bloody insurgency in 2017, sparking a regional military mission last year that had restored a sense of security.

Statistics released by the International Organization for Migration (IOM) showed that 60,141 people, including 32,978 children, fled their homes in June.

The June figure was the highest monthly tally for children in the history of the crisis, it said.

Brechtje van Lith, Save the Children's country director in Mozambique said people were running out of options for shelter.

"This is not the first time they are going through this -- many are experiencing violence for the umpteenth time with no end in sight," she said in a statement.

The British charity said it was worried about mental health among those had fled.

"Many of them have lost loved ones or witnessed horrors that no child or adult should ever need to see," said van Lith.

The UN children's agency UNICEF told AFP it was "very concerned" for children in Cabo Delgado following the recent displacements.

Dozens of people were killed in June, according to the conflict watchdog ACLED, which lists nearly 4,100 fatalities since the insurgency broke out in October 2017.

Some 3,100 troops from several African countries deployed in Cabo Delgado last June and retook control over much of the territory.

Map of Mozambique locating the province of Cabo Delgado and the city of Palma.. By Kun TIAN (AFP)

Diplomatic and humanitarian officials say the insurgents have since split into three groups.

"The pattern of insurgent activity is increasingly characterized by hit-and-run raids on remote, vulnerable targets across multiple districts, most likely with the intention of stretching the security forces' resources," said ACLED's conflict observatory, Cabo Ligado.