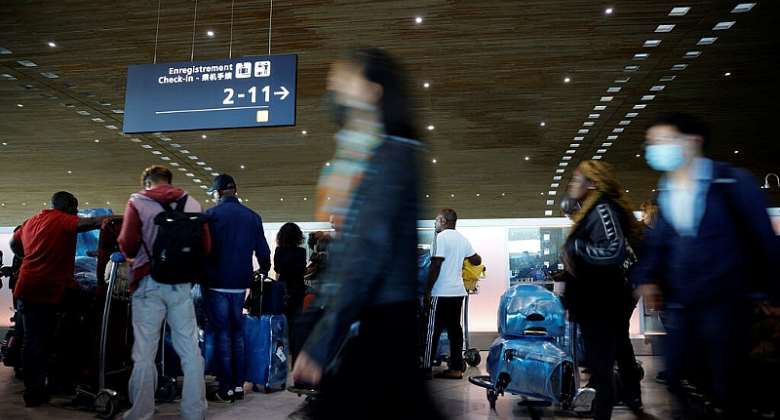 Several French airports, including Charles de Gaulle and Orly near Paris, are being hit by fresh strikes as the peak tourist season gets underway.

On Friday and throughout the weekend, employees of Parisian airport platforms are being called by an inter-union group to join a "multi-sectoral" strike, including the ADP Group and its subcontractors, to also demand wage increases.

Seventeen percent of flights were cancelled at Charles de Gaulle airport between 7am and 2pm, according to the French civil aviation authority, the DGAC.

The preventive cancellations, which represent 10 percent of aircraft movements at CDG over the whole day, were decided as a safety measure because firefighters have been on strike since Thursday, forcing the closure of a part of the runways.

The strike, with rallies planned outside CDG's terminal 2E and Orly's terminal 4 on Friday, slowed the flow of passengers approaching the facilities and at the screening checkpoints.

A strike notice has also been filed from 1 to 4 July at Marseille-Provence airport, in the south of France, but its management did not foresee any cancellations or delays on Thursday evening, as staff had been requisitioned by prefectural order.

The strikers denounce a restructuring aiming, according to FO union delegate Olivier Traniello, to "drastically reduce staff [...] while we return to traffic levels of 2019, or even higher".

They are also protesting against reductions in bonuses.

ADP employees are demanding a 6 percent pay rise, retroactive to 1 January, while management is proposing a 3 percent increase on 1 July, according to the unions.

ADP, which like the rest of the airline industry has been affected by the Covid-19 pandemic, has launched a plan of voluntary redundancies and salary cuts, with the promise of a return to the same level of pay once traffic returns to pre-crisis levels.

However, traffic is already over 100 percent for the same period in 2019 for some destinations, Bertone noted. "There are 71 percent of staff still below their 2019 salary" despite the recovery.

While the notice period runs until Sunday night at ADP, the group urged passengers to arrive early, namely "three hours (before scheduled take-off) for an international flight, two hours for a domestic or European flight".

Air France said it had cancelled more than 10 percent of its short- and medium-haul flights on Friday at CDG, while maintaining its long-haul schedule.

The high summer season, starting on the weekend of 9-10 July in France, is shaping up to be very difficult in the European airline industry.

In addition to numerous industrial action, the sector is struggling to regain its efficiency due to a mismatch between high demand and staffing levels that are still too low at some airports or carriers.

The government will "continue to discuss with the unions to find a way out of the crisis", said government spokeswoman Olivia Gregoire on LCI TV Friday morning.

"The idea that our compatriots cannot go on holiday is not viable," she added.