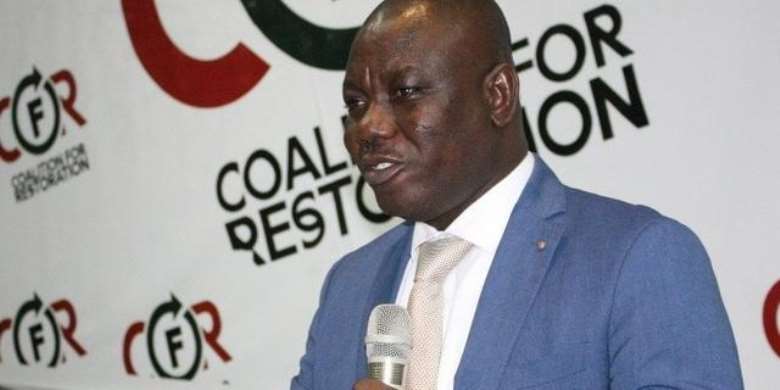 The Member of Parliament (MP) for Bolgatanga Central, Isaac Adongo says the move by the government to return to the International Monetary Fund (IMF) is in the right direction.

Speaking to Citi News on Friday afternoon, the MP argued that contrary to fears, the poor will be protected when government finally enrols on a programme of the IMF.

According to the Deputy Ranking Member on the Finance Committee of Parliament, an IMF programme will see to it that the hardships being experienced by the poor will be alleviated.

“In difficult times like this the posturing of the IMF is to protect the poor so programmes targeting the poor, I assure you will never be removed by the IMF. At best the IMF will want you to improve its targeting of the poor so that that Programme does not end up supporting rich people instead of the poor.

“There is no way an IMF Programme in a time when the people are suffering will be countering programmes that are pro-poor. Pro-poor programmes would be the first priority of an IMF Programme. If there is anything that will bring back an economy that supports the poor it is very important that we support it,” Isaac Adongo said.

Sharing his thoughts on the delay by the government to seek help from the IMF earlier, the Bolgatanga Central MP said the ego of government officials held them back.

He anticipates that due to the long delay, Ghana will be faced with a lot of difficulties during talks with the IMF.

Warnock wins Georgia run-off against Walker to win the Senat...
2 minutes ago