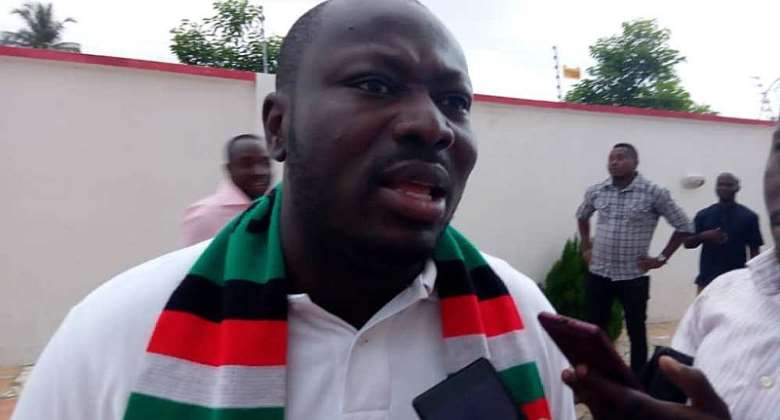 George Opare Addo, National Youth Organizer of the opposition National Democratic Congress (NDC) and a member of the Arise Ghana, organisers of the 'Krom Ay3 shi' demo has shockingly revealed that a protester was arrested for walking past the Nima residence of President Akufo-Addo.

“One person was arrested for walking past Akufo-Addo’s house clad in red. He was injured and was treated and was on his way home. Are we saying nobody can walk past that building?” he alleged.

Opare Addo assured the arrested protesters of making every effort to defend them in court.

He said this to the media after the Arise Ghana organizers met with police on Thursday, June 30, 2022, to negotiate bail for the 29 arrested protesters made up of one female and 28 males.

He stated that after meeting with the IGP, persons who earn GHS2,000 and are public employees with Ghana cards present at the time were made to guarantee their (the protesters’) bail.

The NDC National Youth Organizer noted that the charges pressed against the 29 arrested protesters were unfounded.

“We met with the IGP, and we agreed on the bail conditions. We’ve managed to secure bail for all 29 of them. They were 28 males and 1 female… We will all be there [on Monday] with them and wait for when the police will want to take them to court. We’ll represent them.

“They charged, among other things, offensive conduct, destruction of government property and possession of weapons. They are charges that will not stand the test of time,” he stated.