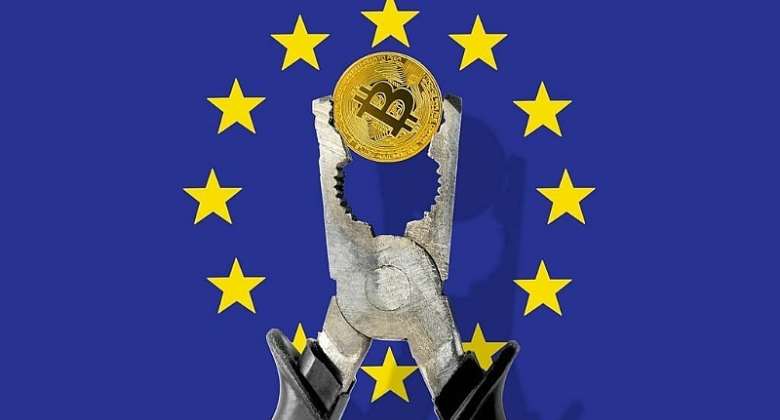 The European Union has agreed on ground-breaking rules for regulating crypto assets as the crash in bitcoin value piles pressure on authorities to rein in the sector.

EU lawmakers on Thursday announced sweeping new measures to guard against the manipulation and market abuse of cryptocurrencies.

Globally crypto assets are largely unregulated, with national operators in the EU only required to show controls for combating money laundering.

Representatives from the European Parliament and EU states hammered out a deal on the markets in crypto assets or MiCA law, which is expected to come into force by the end of 2023.

German MEP Stefan Berger, who led the negotiations on behalf of the EU parliament announced: "Today, we put order in the wild west of crypto assets and set clear rules for a harmonised market.

"The recent fall in the value of digital currencies shows us how highly risky and speculative they are and that it is fundamental to act."

The MiCA legislation will be the first comprehensive regime for crypto-assets in the world and will contain strong measures to guard against market abuse and manipulation.

The new law gives issuers of crypto assets and providers of related services a "passport" to serve clients across the EU from a single base, while meeting capital and consumer protection rules.

The United States and Britain, two major crypto centres, have yet to approve similar rules.

The move by the EU to regulate crypto assets comes after the collapse of TerraUSD and LUNA tokens last month, with major US cryptocurrency lending company Celsius Network freezing withdrawals and transfers.

The EU agreement also focuses on issues such as supervision and energy consumption of cryptoassets.

Chief negotiator Berger added that cryptocurrency providers will also have to disclose the environmental impact of assets in the future.

EU states will be the main regulators for crypto companies, though the bloc's securities watchdog ESMA will have powers to step in if investor protection or financial stability is threatened.

Meanwhile, the Paris-based Financial Action Task Force has highlighted that countries need to do more to control cryptocurrency transactions to meet international standards on transparency.

The FATF said Thursday that countries had made only "limited progress" in implementing its "travel rule", which it had recommended for global adoption in 2015.

Under the rule, regulators are supposed to ensure that cryptocurrency firms verify the identities of people involved in transactions - similar to the rules that govern regular banks.

The standard is seen as a way to minimise the risk of cryptocurrencies being used for money laundering or terrorism financing.

During March this year, the FATF surveyed 98 jurisdictions and found that only 29 had passed travel rule legislation and only 11 had started to enforce it.

The report said the gap in the rules left cryptoassets and crypto firms "vulnerable to misuse, and demonstrates the urgent need for jurisdictions to accelerate implementation and enforcement".

'My Ga, Fante, Ewe and Northern brothers when was the last t...
35 minutes ago