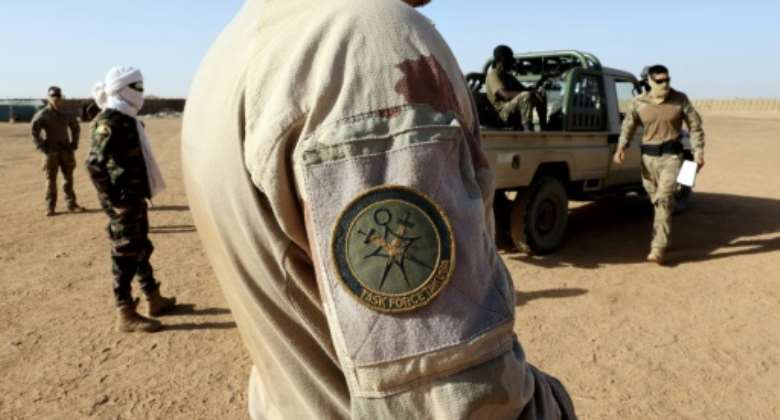 Takuba, operating with France's Barkhane mission, was set up after President Emmanuel Macron sought more help from European allies for the anti-terror campaign in the Sahel.

French army spokesman General Pascal Ianni told journalists that Barkhane and Takuba had showed what "Europeans can accomplish together in complicated security environments," with on-the-ground experience that would be critical for future joint operations.

But "the reorganisation of the French military presence in the Sahel... led to the end of operations for Takuba in Mali as of June 30," he said.

Announced in late 2019, Takuba at its peak brought together nearly 900 elite troops from nine of France's allies -- Belgium, the Czech Republic, Denmark, Estonia, Hungary, Italy, the Netherlands, Portugal and Sweden.

Alongside the Barkhane force that at one point reached 5,100 soldiers, Takuba aimed to train and reinforce local armies trying to counter bloody insurgencies linked to Al-Qaeda or the Islamic State group.

But despite tactical successes such as the killings of some top jihadist leaders, the governments of the so-called G5 Sahel nations -- Burkina Faso, Chad, Mali, Mauritania and Niger -- have struggled to curtail the attacks against both military and civilian targets.

In Mali in particular, two military coups in August 2020 and May 2021 resulted in diplomatic tensions with France.

Macron in February announced a full pullout of both Barkhane and Takuba from Mali, but said French forces would remain in the Sahel in a new configuration.

Since then IS-linked jihadists, whose power was once thought to be waning in the Sahel, have expanded their reach while carrying out an unprecedented series of civilian massacres.

Mali remains supported by a United Nations peacekeeping mission, MINUSMA, which has some 13,000 soldiers and nearly 2,000 police.

MINUSMA's mandate was renewed on Wednesday for a further year by the Security Council.

However, the force no longer has French air support, the offer of which was rejected by Mali.