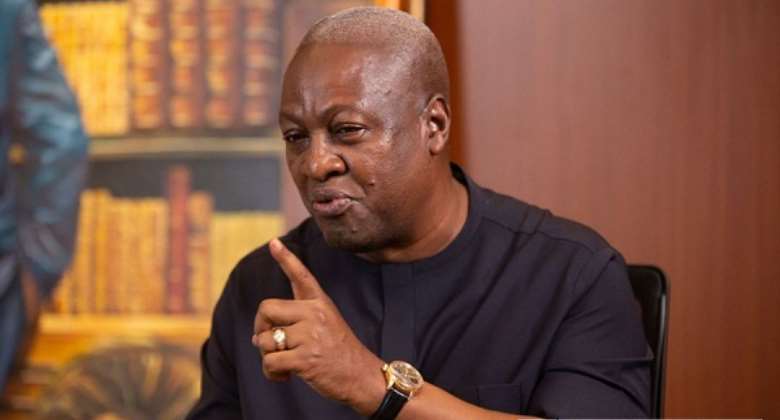 The 2020 presidential candidate of the National Democratic Congress (NDC), Mr. John Dramani Mahama has called for comprehensive debt restructuring to salvage the country from collapse.

Delivering a speech on the theme ‘Ghana’s Debt Burden; Reflections and Solutions’, the former President bemoaned the excessive borrowing by President Akufo-Addo government.

Reacting to the recent pressure for the government to return to the IMF, John Dramani Mahama said it is ideal but will not solve all the challenges facing the country.

According to him, government must embark on comprehensive debt restructuring to turn things around.

“In the last few days, there has been talk from some regime actors about a potential or impending IMF programme. Due to the nature and depth of our economic problems, this government virtually has no other sustainable option. IMF programmes come with fiscal consolidation and insistence on fiscal discipline, which can lead to some recovery and improvements on the macro-economic front.

“Government has however so mismanaged our economy and left it in such a terrible state that fiscal consolidation alone will not do the trick. We require comprehensive debt restructuring to obtain the sort of relief that will give us the fiscal space needed to ease our plight,” John Dramani Mahama shared on Thursday during the inaugural launch of Think Ghana Progress.

Former President John Dramani Mahama further proposes that in the event the ruling government will be heading to the IMF, it should hold talks to restructure the public debt.

“Any IMF programme should be preceded or done together with discussions with our creditors to restructure our debt,” the leading member of the NDC said.