Indian supermarket chains to set up shop in sanctions-hit Russia 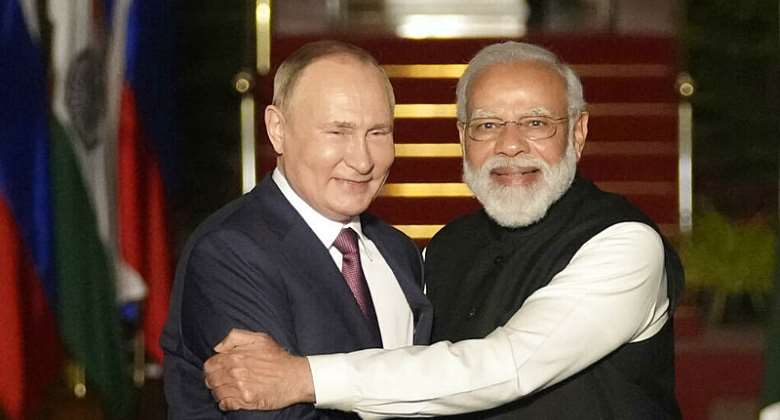 Indian retail firms are in talks that could see them move into the Russian market through local franchises. The announcement came as Nike joined a growing list of Western companies exiting the Communist state following US-led sanctions intended to isolate Moscow.

“Contacts between Russian interests and the business community of the BRICS countries are being activated,” Putin told a business forum. The BRICS nations are Brazil, Russia, India, China and South Africa.

Moscow, Putin added, was also in the process of funnelling food and oil exports to emerging markets, including India.

“There has been a noticeable increase in exports of Russian oil to China and India,” he said, urging BRICS leaders to ignore US-led “selfish sanctions" that were imposed following Russia's 24 February invasion of Ukraine.

Putin's call came against a background of multiple reports that at least four Indian companies had tied up with Russian firms for franchise agreements and that talks were on for perhaps a half a dozen more collaborations in the coming weeks and days.

“We are seeking to take Indian brands to Russia as most of the American and European brands don't sell there anymore,” the Economic Times quoted Susil Dungarwal from a retail consultancy firm as saying.

“Each of these deals would be worth nearly one million euros,” according to an anonymous expert from a national trade lobby.

Reliance Retail Industry, with 10,415 units, leads other domestic consumer chains such as Shoppers Stop and Future Retail. Many of them have openly voiced their ambition to expand beyond India's burgeoning retail market.

“There cannot be a vacuum in the world of business,” the Indian lobby expert told RFI a day after US sports apparel giant Nike froze online orders in Russia and then announced its permanent departure.

"Our priority is to ensure we are fully supporting our employees while we responsibly scale down our operations over the coming months," the company said in a statement.

McDonald's and Starbucks are among several companies preparing to walk away from the sanctions-hit country, while American technology giant Cisco said it would shut down operations in Russia and Belarus.

Delhi has remained silent over the invasion of Ukraine by Russia, India's most trusted ally and its largest weapons supplier. India has also stoutly resisted diplomatic pressures to join the sanctions on the Communist state.

In May, Russia exported 819,000 barrels of oil per day to India, Moscow's highest supply in a month to its energy-dependent south Asian partner.

“Our total purchases for the month would be less than what Europe does in an afternoon," Foreign Minister S. Jaishankar argued during a news conference in April, days after Russia offered oil to India at steeply discounted rates.