Mahama charges Akufo-Addo to give listening ear to economic experts 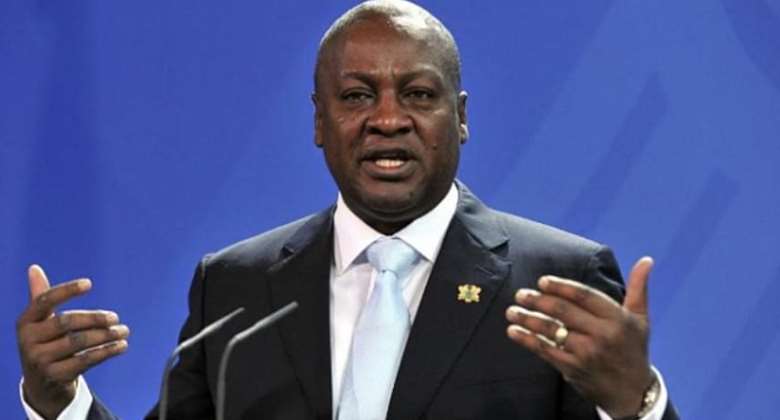 The current economic woes, according to the former president, have revealed that the president failed with with his economic management team.

“He should huddle with the best brains of this country to formulate a comprehensive recovery plan for our economy,” Mahama said.

The 2020 Presidential candidate of the NDC noted that the president has failed to consult good minds and has instead resorted to unhelpful political posturing, which has not helped the country deal with its economic nemesis.

“He has resorted to unhelpful political posturing over suggestions on how to stem the downward spiral, ensure discipline, and help the economy recover.

“Meanwhile, there can be collective buy-ins from the Ghanaian people, development partners and the investor community that is being [sic] ignored,” he stated.

Speaking at the launch of a think tank, Think Progress Ghana in Accra on Thursday, June 30, 2022, Mahama stated that the President must reshuffle the "dead wood" ministers in his government for competent ones to take charge.

“He [Akufo-Addo] should conduct a major shake-up of his government to remove all the many dead woods [sic] that have turned the ministries into their kingdoms,” Mahama noted.

The former President urged President Akufo-Addo to address the nation on the current state of the economy immediately in order to rally Ghanaians' support.