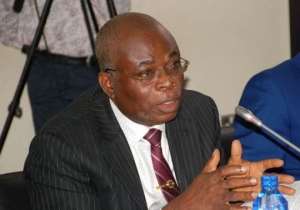 The Deputy Minority Leader, James Klutse Avedzi, is demanding full disclosure from Finance Ministry on the amount collected so far from the Electronic Transfer Levy (E-levy).

He argues that suggestions from a leading figure in the NPP that the tax handle is underperforming could be a ploy to take the country to the IMF.

The Minority opposed the passage of the e-levy and walked out in protest before its approval.

Speaking to Citi News, James Avedzi indicated that until official figures are released, the Minority will not be convinced by suggestions that the e-levy is underperforming in terms of revenue.

A member of the governing New Patriotic Party (NPP), Gabby Asare Otchere-Darko, had said the e-levy introduced by the government to generate additional cash for the government is raking in only 10% of estimated revenue.

In a series of tweets, Mr. Otchere-Darko said the e-levy, since its implementation, had generated less than GH¢60 million instead of the expected GH¢600 million.

Hottest Photo Reports
Catch up with all the political quotes from our politicians.
Advertise here
More from Politics
ModernGhana Links
'Hopeson Adorye's alleged ethnocentric comment was planned' – Group leader fights back
'Listen to Ghanaians and reshuffle your ministers; they're feeling the pinch' – Rockson Bukari to Akufo-Addo
'Bawumia, Ofori-Atta are the poster boys of Ghana’s economic mess; they must go' – Edudzi Temaklo
TOP STORIES