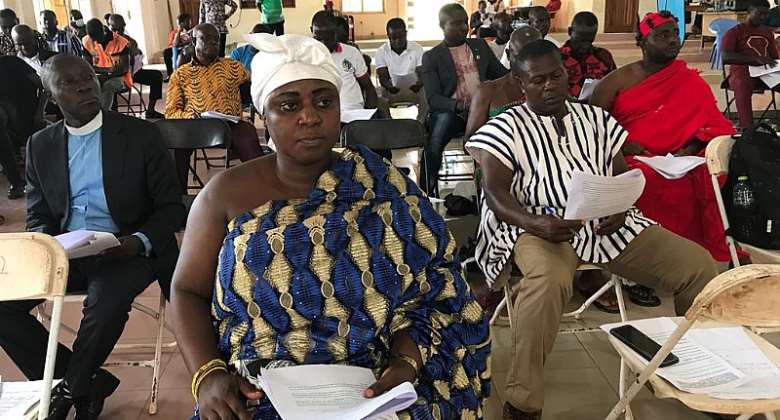 The Amansie West District has recorded GHs 312,668.13 as revenue for Internally Generated Fund (IGF) covering January to 31st May 2022.

This felt far below the assembly's projected figure of GHs 1,258,778.18 for this year, representing a percentage score of 24.84% of their projected IGF.

These were disclosed in the sessional address by the DCE, Hon Nii Lartey Ollenu at the first ordinary meeting of the assembly which was held on Tuesday 28th June, 2022.

He identified the cause of the assembly's inability to meet its target as the non-performance of the Area Council in terms of revenue generation and inadequate revenue collectors in the district.

"The situation has worsened with the end of the NABCO program, where some of the interns were supporting the revenue unit", he disclosed.

Measures taken by the assembly to step up revenue mobilization drive in the area include the involvement of some of the staff in revenue collection, heightening public sensitization within the various Area Councils on the need for them to pay their fees and rates, conducting effective monitoring, deployment of tax force among others.

The DCE strongly noted that defaulters of levies will be arraigned before Court.

He therefore admonished residents to make payment so as to avoid falling victim to the grips of the law.

Nothwithstanding the foregoing, he brought to light that following assembly's qualification in the District Performance Assessment Tool (DPAT V), it has received an amount of GHS 1,213,504.00 as the District's share of the allocation for the 2020 assessment.