Ghanaian media carbon copying the West; Russia is not to blame for rise in food prices — Russian Embassy in Ghana 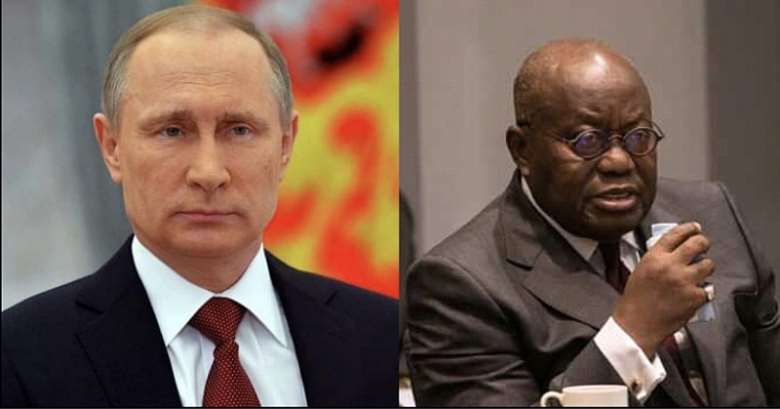 The Russian Embassy in Ghana has said the rise in food prices in Ghana has nothing to do with Russia and prays the media to desist from carbon copying the West.

According to the Embassy, the Ghanaian media is toeing the line of the West and persuading readers and listeners to buy the idea that the Russian special military operation in Ukraine is to blame for the increase in bread prices.

In a statement on Twitter today, the Embassy indicated that food prices begun to go up in early 2020 due to financial miscalculations and economic policies of Western countries during the coronavirus pandemic.

The Embassy indicated that food prices are rising because of global inflation caused by systems put in place by the West during the pandemic.

It added that another cause of high food prices can be attributed to the failure of European and North American countries to fully move to green’ energy and the illegitimate restrictions that have interrupted commodity money chains.

“The last point had the most negative impact on the current situation at the food markets. Sanctions against the Russian Federation have dealt a serious blow to the entire global economy, which has just begun to gradually recover from the crisis caused by the COVID-19 pandemic. It was the sanctions that led to the rupture of the existing supply and logistics chains, violated the financial settlement system of our economic operators, provoked the closure of foreign ports for Russian harbors, created threats of mass arrests of bulk carriers and refusal of their insurance,” the Embassy shared on Twitter.

The Russian Embassy asserts that the ban on Russian business has done more harm than the reprimand it sought to inflict. It noted that Russia has the grain, and buyers are ready to purchase however, the sanctions on Russia do not allow for business to occur.

Government in the past months has attributed the rising cost of food, fuel prices and the general ailing economy to the ongoing Russian-Ukraine war.

Latest Photo Reports
Catch up with all the political quotes from our politicians.
Advertise here
More from Headlines
ModernGhana Links
'Rather than turning yourself into AG's interpreter help Energy Minister to be transparent' – ACEP blasts Kofi Abrefa
Time for Ghana to leverage our digitization for digital manufacturing - Bawumia
‘Aduro woso’ health walk was independently organised – Alan Kyerematen
TOP STORIES