This nicodemous attempt will not be countenanced, present contract on Ameri Plant relocation to Parliament for approval – Minority 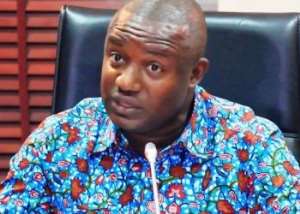 The Minority in Parliament is demanding that the contract to relocate the Ameri Power Plant from Aboadzi to Kumasi in the Ashanti Region be brought before the House for approval.

According to them, contracts with international companies must come to Parliament first, but the government is trying to sidestep the law.

Government last year announced the decision to relocate the Ameri Power Plant to the Ashanti Region to help stabilise the national grid.

The project is alleged to cost 35 million dollars. Ranking member of the Mines and Energy Committee of Parliament, John Jinapor says the Minority will continue to resist the deal.

“They confirmed that they had entered into an agreement with Mytilineous company for pre-financing. The project will cost about $35 million. And they have even forwarded the contract to the Attorney-General, so they can execute the contract.”

“More importantly, this company is an international company, and in accordance with Article 181(5) of the constitution, such international agreements must even be brought to Parliament. This nicodemous attempt to sign this contract will not be countenanced,” he added.