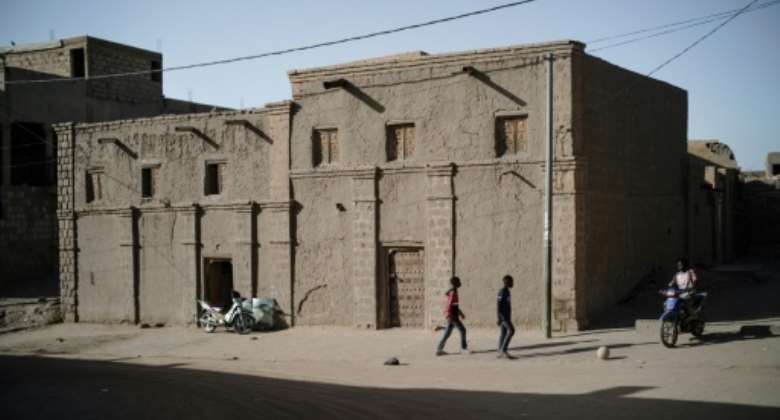 Conflicts involving jihadists are killing more and more civilians in the Sahel. By Florent VERGNES (AFP)

Conflicts involving jihadists in the Sahel are causing more and more deaths each year, a huge number of them civilian casualties, statistics show.

Since the beginning of 2022, 2,057 civilians have been killed in Mali as well as neighbouring Niger and Burkina Faso, according to figures compiled by the Armed Conflict Location and Event Data Project (ACLED), a non-governmental organisation.

That is already more than the 2,021 civilians killed in the three countries in the whole of last year.

"Our families are dying by the hundreds, and it feels like no one is interested," a Malian from the northeastern Menaka region, a scene of recent bloodshed, told AFP in the capital.

"When it happens in the north of Mali in the desert, there often isn't a press release from the state," he said, requesting to remain anonymous for his safety. "So we bury them and move on."

Of those documented, this month, 132 people were killed at Diallassagou in central Mali and 86 villagers perished in Seytenga in Burkina Faso.

In May, about 50 people lost their lives in Madjoari, in eastern Burkina Faso, according to the authorities.

In March, the army massacred about 300 people by summary execution in Moura in central Mali, according to rights group Human Rights Watch. The government soldiers were accompanied by foreigners identified by several sources as Russians.

The defence ministry in Bamako announced on April 1 that 203 "armed terrorists" were killed in Moura and 51 others arrested, with many weapons seized.

ACLED has registered 11,276 civilian deaths overall in the three countries since jihadist violence began in 2012.

Mahamadou Abdourahamani, the coordinator in Niger of the African Security Sector Network (ASSN), says an increase in massacres has "doubled the number of victims in the last two years" in the Sahel.

"Civilians are dying amid general indifference -- even though there are more and more of them," said a Malian human rights activist who asked not to be named.

Conflict victims in the Sahel region. By (AFP)

The geographic scope of the violence too is expanding.

Attacks were confined to northern Mali at the start of the conflict, but then reached the centre and crossed over into Burkina Faso and Niger.

Coastal nations of the Gulf of Guinea are also at risk. Early in May, authorities in Togo acknowledged a first "official" jihadist attack that killed eight soldiers in the north, near the Burkinabe border.

Observers consider the main players across the Sahel to be national armies, foreign troops and their foes in the nebula of Al-Qaeda associates and the so-called Islamic State in the Greater Sahara.

The ISGS operates mainly in the border regions of Mali, Niger and Burkina Faso and "has always held a strategy of violence against the population to establish its domination", Sangare said.

Many observers attribute the recent Seytenga massacre in Burkina Faso to the jihadist group, although responsibility was still unclaimed as of Monday.

They barged into homes to "execute people", survivors told AFP a few days later. "They shot those who tried to flee."

But killings attributed to the armed forces "started up again dramatically from the start of 2022", the Citizens' Coalition for the Sahel, a body of west African NGOs allied with mostly European partners, noted recently.

Despite years of military intervention, participants including individual states, foreign armies and the United Nations have been unable to stop violence against civilians.

Observers cite several reasons for concern, including an "all-military strategy" in response to jihadist expansion. By FLORENT VERGNES (AFP)

Observers cite several reasons for concern, including an "all-military strategy" in response to jihadist expansion, and states finding it difficult to control vast rural areas where jihadists proliferate.

Paris has meanwhile begun the withdrawal from Mali of Operation Barkhane, a French-led counterterrorism intervention launched in 2014. Relations between France and Mali soured fast after a military coup in Bamako in May 2021.

UN Secretary General Antonio Guterres in early June warned that the departure of French forces would "probably create a vacuum in certain regions, which risks being exploited by armed terrorist groups" with "consequences on the protection of civilians".

But the Centre for Strategic and International Studies has said it thinks it is "unlikely that France, or other key Western partners, will end their military presence or counterterrorism efforts in the Sahel and across West Africa."