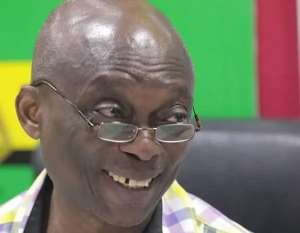 Abdul Malik Kweku Baako Junior, the Managing Editor of the New Crusading Guide Newspaper has said he will find the energy in his old age to protest against any group that attempt to stage a coup in this 4th Republic.

According to the veteran journalist, his age has limited his interest in protests however if the current Republic appears being threatened, he will take to the streets to protest.

Speaking on Accra-based Peace FM's 'Kokrokoo' discussion segment on Wednesday, June 29, 2022, which was monitored by Modernghana News, he noted that he has demonstrated on several occasions in this country but nature has now caught up with him.

“I have said the only time I will embark on a demonstration on the streets is when someone takes the gun to overthrow the constitution [coup d'état]. Where I have gotten to, that is my last point. The are many issues that everyone is entitled to demonstrate against.

"For me, I have done demonstration for a very long and I'm tired. I'm also advanced in age, we are not the same. You can't beat nature. At some stage, it is your mind which does the work and not your body. But if someone attempts to stage a coup d'état to disrupt the 4th Republic, for that I will hit the streets," he stated.

His comment follows the first day of the Arise Ghana demonstration on Tuesday, June 28 which was marred by violent clash between the protesters and the police over the use of the route for the march.

This, Mr Baako stated, "I'm a bit disappointed that the protest did not end peacefully and smoothly. I wanted it to have smooth sailing and peaceful. All these help with our democratic credentials as a nation. It exposes our image in a very positive way to the world."