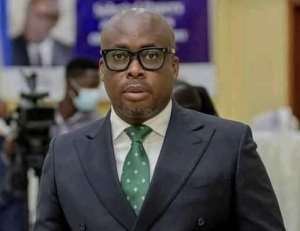 On his TV show on the June 28, 2022, the broadcaster described the decision of the group to commence the protest at 3pm as reckless.

He indicated that nowhere in the history of this country a demonstration was held in the evening.

“What kind of recklessness was that, is that how we want to build our country? I heard it but I wanted to see the videos first. Demonstrators insist on beginning a demonstration at 3 o'clock, which has never happened in this country.

"From the famous demonstrations that we have known in this country, even those that supported the agitation against the colonial administration, including the famous February 28 demonstration, it started in the morning," he emphasized.

Mr Adom-Otchere indicated that violent incident on day one of the demonstration can be related to their letter to the police, in which they wanted to be armed during their protest.

"We insist that this is politically motivated recklessness in the form of a demonstration but it is reckless to insist on wanting to start a demonstration at 3pm and you want to end at 8 pm. There must be something wrong with you to make that suggestion to the Police.

"When we say it is reckless, we are not just being political but we are speaking to the provisions passed by Parliament in the Public Order Act," he noted.

His comment follows the violence that marred the Tuesday edition of the Arise Ghana demonstration.