'Mahama has finished his eight years, let's change him or else we will lose 2024 elections' — Yaw Boateng Gyan 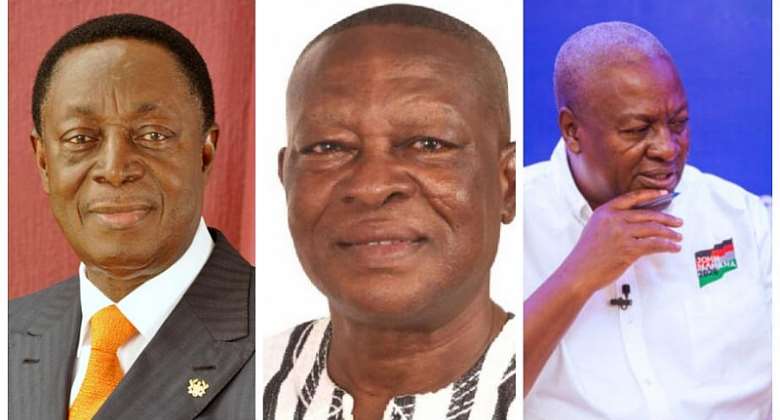 He said the party will lose if former President Mahama is allowed to lead them in the 2024 General elections.

The NDC stalwart, speaking on Angel FM's Anopa Bofo Morning Show on Wednesday, June 29, 2022, said given the history of Ghana's politics, anyone who has been to the presidency served only eight years.

He cited previous government officials who served the eight years in government and had presidential ambitions such as Alhaji Aliu Mahama and the late President Mills, but were unable to seize the opportunity for one reason or another.

He further intimated that President Mahama's defeat in 2016 when he was in government and subsequently in 2020 was the doing of God.

For that reason, he noted that the NDC must not make the mistake of giving the former president another chance to lead the party into opposition again.

"We lost power in 2016 when we were in control of all the opportunities. In 2020, we lost again and we have had to sit down and ask ourselves if it is God who is controlling our fate...Since the Fourth Republic, no one has been to the presidency for more than eight years.

"Mahama has been vice under Mills for four years and then became president for four years making eight... When he stood in 2016, what happened? He lost,” he intimated.

Mr. Gyan has been rooting for Kwabena Duffour, a former Finance Minister to lead the NDC as flagbearer.

He said the personality and experience of Mr. Duffour qualifies him to replace former President John Dramani Mahama.