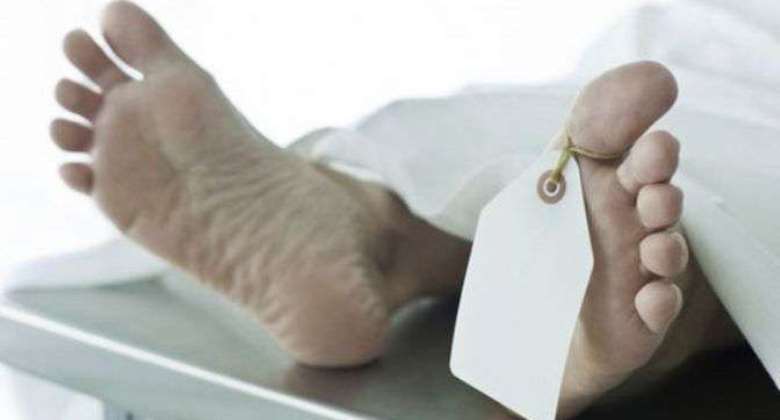 Environmental officials in the Kwahu West Municipality of the Eastern Region have exhumed the corpse of a woman they mistakenly buried among a mass burial exercise at the Nkawkaw-Trafford cemetery.

The Nkawkaw magistrate court ordered for the exhumation of the corpse on request by the family.

The case at the court is yet to be done with.

The body of the late Afua Ataa was kept at the Nkawkaw Holy Family hospital after she was pronounced dead.

Efforts by the family to get post-mortem on the body got dramatic after hospital officials could not find the body.

It emerged that her corpse was part of a burial mass which took place in January.

Already, issues around the cause of her death still lingers on unresolved, a case a section of her family hopes to get answers before this incident.

Some family members were worried their relative’s corpse went missing.

“We don’t understand what happened. It is the court which ordered that my sister’s corpse be exhumed for us. It has been done.

The Kwahu West Municipal Environmental Health Director, Joseph Krampah, explained that the exercise was carried out in January this year due to the deteriorated condition of the bodies and the environmental challenge that posed.

“We were called to check the deteriorating nature of the bodies at the morgue and take action. We had the mass burial for 10 adults and some babies.”

The management of the Holy Family hospital at Nkawkaw says the case is still in court, hence official statement cannot be made now.

Hottest Photo Reports
Catch up with all the political quotes from our politicians.
Advertise here
More from Social News
ModernGhana Links
Don't be selfish, just be patient with God in your difficult times — Christians told
Thief attempting to steal cable electrocuted in Kumasi
UTAG calls for dismissal, prosecution of culprits in UG clashes
TOP STORIES