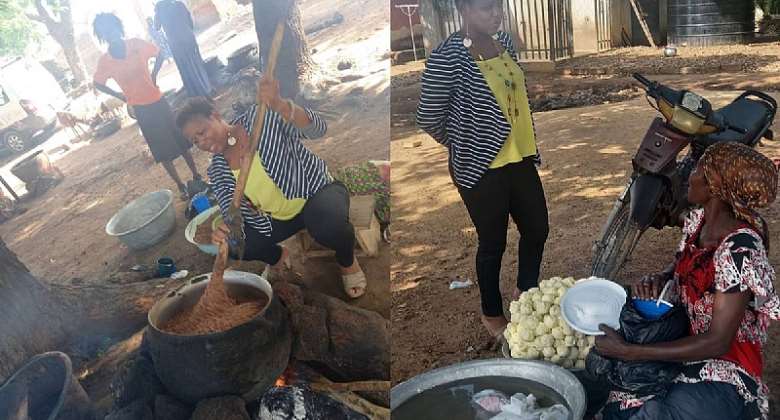 Women Enterprises Consultant, Madam Maria Johana Yuorpor has advised Shea butter production groups in the Upper West Region to formalize their operations in order to enhance the growth of their businesses.

She said the formalization of the businesses would offer the groups opportunities to access support facilities to expand and increase production and income.

The Women Enterprises Consult, also the Chief Executive for Mara Foods, an indigenous food processing firm, said this when she visited the workplaces of some women Shea butter production groups in Wa on Tuesday, June 28, 2022.

The visit was to enable her understand the operations of the women and share with them some business development tips to mark the International Day for Micro, Small and Medium Enterprises (MSME) observed on June 27 every year.

Underscoring the need for the formalization of the businesses, Madam Maria Johana noted that some support facilities are always available to businesses but come in regulated fashion targeting identifiable groups of businesses.

She stated that the only time a group becomes identifiable for such support facilities is when it is regularize with the appropriate agencies, thus advising the women to register with the Ghana Enterprises Agency (GEA) or even the District and Municipal Assemblies.

She expressed commitment and willingness to support the women groups in formalizing their businesses for enhanced production capacities and increased income.

She observed that the production of Shea butter involved series of rigorous processes and thus, producers of the product must be commended, encouraged and supported to produce more given the enormous importance of the Shea product.

The Mara Foods CEO however expressed worry that a time would come when younger generations in the Upper West Region cannot produce Shea butter because the youth may shun the trade.

She observed that it was not only the Shea butter production but also basketry and pottery which the region was noted for would fade away if conscious efforts are not taken by young people to learn the trades.

She thus advised youths of the region to take careers and businesses in the areas by learning and preserving the defacing crafts.

During the interaction, women of the Karimin-narinye Shea Butter Production group in Kpaguri expressed concerns over the non-availability of a very ready market to sell their products.

They called for an expansive customer base to increase their sales and in turn increase productivity and ultimately income.

The group expressed willingness to be registered in a cooperative to maximize their gains and tap from the opportunities as a formalized group.

This year’s World MSME Day was under the theme: “Resilience and Rebuilding: MSMEs for Sustainable Development”.