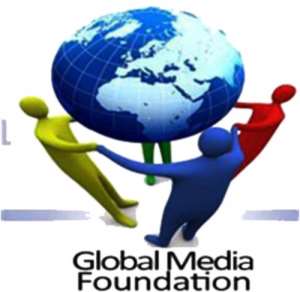 The Global Media Foundation (GLOMeF), a media advocacy non-governmental organization is implementing a health outreach project to help control Non-Communicable Diseases, estimated of killing more than 86,000 people in the country annually, according to the World Health Organisation (WHO Report).

The United Nations SDGs Three seeks to reduce by one third premature mortality from non-communicable diseases through prevention and treatment, and promote mental health and well-being.

Speaking in an interview in Sunyani on the project concept, Mr Ahenu said his NGO was implementing the project with its internally generated funds and appealed for more support.

He expressed concern about the increasing number of non-communicable diseases in the country, saying statistics from the WHO indicated that NCDs killed 41 million people annually, equivalent to 71 percent of all global deaths.

“Each year, more than 15 million people between ages 30 and 69 years, die from NCDs where 85 per cent of these "premature" deaths occur in low- and middle-income countries.

Mr Ahenu said unhealthy diets, physical inactivity, tobacco use, and alcohol misuse were the main risk factors contributing to the increase of NCDs in the country, saying many of these diseases were preventable.

“This is why we are implementing this project to reduce mortality from NCDs and promote mental health care in Ghana, while at the same time empowering young people to live healthier lifestyles”, he said.

Prevention of NDCs, Mr Ahenu said required a multi-dimensional approach and therefore called for coordination between the government and Civil society organisations and actors’ of the formulation and implementation of new health policies that focus prevention, detection, management, and treatment of NCDs in the country.

Mr Ahenu said challenges of poor hygiene and sanitation, inadequate financial health investments, limited workforce and facilities confronting the health sector ought to be tackled if the nation could achieve the Universal Health Coverage (UHC).

Ejisu Roman Catholic School gets water closet for the first ...
31 minutes ago