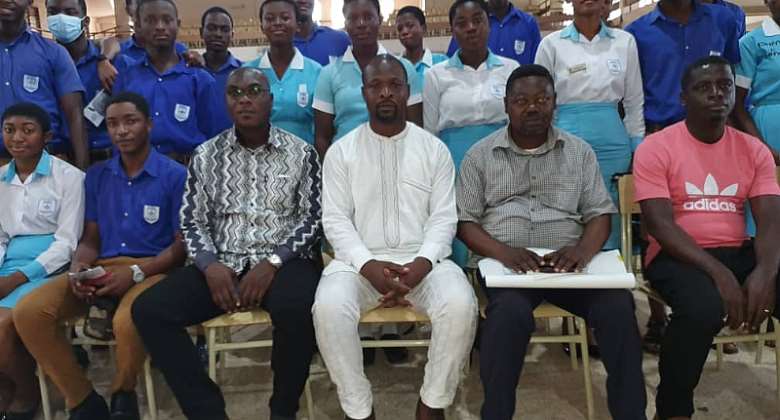 Alhaji Suallah Abdallah Quandah, the Bono Regional Executive Secretary of the National Peace Council (NPC) has called on the Ghana Education Service (GES) to help instill the concept of peace and its dividends into the minds of school children.

“It is very important that young people and school children appreciate and understand the concept of peace so that they will grow with it into adulthood”, he stated.

Speaking in an interview with Journalists on the sidelines of a peace seminar held at the Sunyani High School, Alhaji Quandah said school children must learn the values of tolerance, peaceful co-existence and respect for diversity from scratch.

The Regional Secretary of the NPC organized the seminar on non-violence responses to conflict, as part of the Council’s efforts to sensitize young people on the need for them to appreciate conflict as a natural phenomenon.

As people from different ethnic, religious and socio-cultural backgrounds, Alhaji Quandah said the GES ought to ensure that school children were mindful of their diversity, as well as appreciated and respected themselves.

“The fact that students are from different backgrounds alone is a source of disagreement and misunderstanding, and the best way we can help them to deal with this is inculcating in them the concept of peace, tolerance and forbearance”.

“One of the issues of conflicts in our communities is our appreciation and management diversities, therefore if young ones are sensitise, it becomes part of them and conflicts will not necessarily degenerate into violence”, he added.

Ahaji Quandah said building the capacity of school children, as peace actors remained essential to strengthening democratic governance, saying “students like youth will be part of future local development and assume important roles in the resolution of conflicts”.

He indicated that the lives and experiences of young people were more complex than generally portrayed, saying the “youth can play many roles within the fragile and conflict settings when they are well empowered in conflict prevention and peace building”.

Hottest Photo Reports
Catch up with all the political quotes from our politicians.
Advertise here
More from Education
ModernGhana Links
Tamale Technical University 'DASA' to hold handing over ceremony on Saturday
Ahafo receives its share of investments in education — Regional Minister
Education Minister will agree that free SHS needs review but he can't say it — Kofi Asare
TOP STORIES