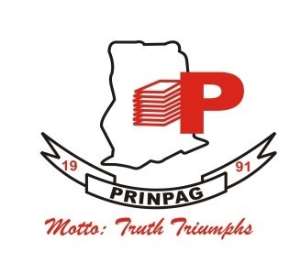 The Private Newspaper Publishers Association of Ghana (PRINPAG) will on Friday, August 12, 2022, hold an election to elect new executives to various positions for the next three years.

This has been confirmed by the PRINPAG after finalising the roadmap for the election.

“The Private Newspaper Publishers Association of Ghana (PRINPAG) shall organize elections on Friday, August 12, 2022, to elect new officers to steer the affairs of the Association for the next three (3) years (2022 - 2025). The three (3) Elections Committee members have disclosed their time-table for nominations, vetting, elections, and declaration of results,” part of a release from PRINPAG has said.

Ahead of the election, PRINPAG has put together an Elections Committee made up of Mr. Ben Assorow, Managing Editor of the Catholic Standard as Chairman, Mr. Gyamfi Boaten former Editor, Christian Messenger, and Mr. Desmond Darko, of the Catalyst Newspaper as members while Kenteman N-Laryea Sowah serves as the Secretary to the Committee.

According to PRINPAG, the Elections Committee has promised to deliver a fair and credible election to keep the PRINPAG brand glowing in the eyes of all Publishers and Owners of private newspapers and online media portals as well as the general public.

Find more details for the upcoming elections below: