RE: John Boadu's Visit To The Oti Region; An Attack or Campaign Tour? 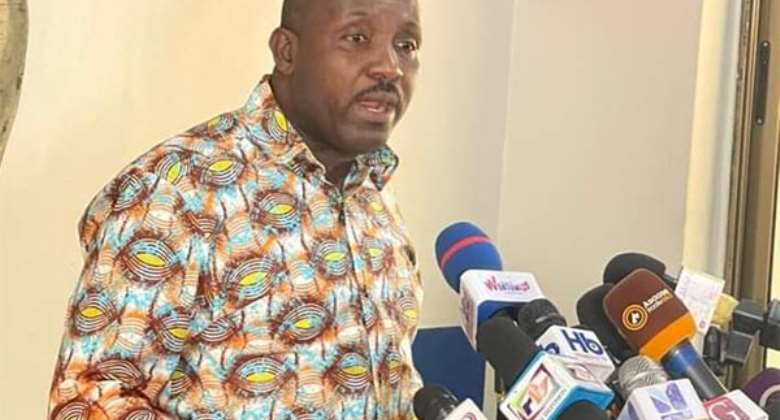 I have read with dismay an article written by one King David Nkabonam of Oti Region, and published on Citifmonline under the headline, "John Boadu's Visit To The Oti Region; An Attack Tour or Campaign Tour?"

Whilst l would not ordinarily dignify write-ups such write-ups with any response, given the plethora of baseless allegations leveled against John Boadu and his campaign team, l am left with no option than to set the records straight.

It must be stated at the outset that John Boadu is a man of high moral character and integrity who will not on any day stoop low to attack his contenders. John is neither desperate nor jittery. He is focused and resolute in his quest to seek re-election from the good delegates of the NPP.

This is a man, who, in the last three decades has shown unwavering commitment, loyalty and sacrifice to the NPP. He has risen through the ranks to get to where he is, and will therefore not do anything to dent his hard won reputation.

Well, l can understand the fear of his opponents. Indeed, it is not easy seeing yourself or your candidate on the verge of losing an election --- unfortunately that is the unpleasant situation the writer finds himself in. Clearly, his candidate is becoming unpopular, hence the communist inferior tactics to use John Boadu as his punching bag to perhaps resurrect their near-dead campaign.

To begin with, it is factually inaccurate to say that John Boadu, since the creation of Oti Region, has visited the region twice. That is an obvious untruth! As a matter-of-fact, John has visited all the six new regions (including Oti region) more than five times since their creation. For Christ's sake, John Boadu is not an armchair General Secretary who sits only in Accra. He has always been with the party executives at the constituency level ensuring that things are done right. Indeed, none of the current national executive officers of the party has toured all 275 constituencies more than John Boadu in the last four years.

It is therefore out of place for the writer to say that John Boadu "failed to give account of his stewardship" when he met delegates of the Oti region. Two things -- either the writer is a non-delegate for which reason he could not not participate in the meeting or was absent-minded when John Boadu was speaking. Or both!

How illogical will it be for a General Secretary under whose watch all 275 constituencies of the party receive monthly budgetary allocation fail to account for his stewardship? Which GS will not be proud of this novelty to speak about? Clearly, the writer is ignorant!

Also, it is trite that John Boadu, as General Secretary has led the NPP to two successive election victories, (2016 and 2020) -- an enviable feat which not all General Secretaries in the NPP have achieved since the party's formation.

John Boadu's rich contributions at the Electoral Commission's Inter Party Advisory Committee (IPAC) meetings cannot and must not be lost on any serious member of the NPP. Only members of the Association of Short Memory People (ASMP) will not recollect the spirited and sound arguments John Boadu has over the years been making on electoral reforms, with the most recent one being the compilation of a new voters register.

John Boadu, since 2018 has successfully conducted parliamentary primaries, polling stations, electoral area coordinators, constituency and regional elections, and shall be organizing the upcoming National Executive elections in July for the party. This is a man who understands the day-to-day operations of the party. He is not a neophyte in the political architecture of Ghana. However, typical of John, he doesn't blow his own trumpet. Due to this principle, the support he gives to party people -- jobs, scholarships, rents, healthcare, startups etc never come in the public domain.

With the greatest of respect, comparing John Boadu to Justin Kodua on political party administration is a complete mismatch. Indeed, it is problematic to compare the management of the NPP (a political party with over 7 million members) with that of a corporate institution which has less than a board membership of 20. These are mutually exclusive portfolios.

Furthermore, for the avoidance of doubt, the allegations made against Kwame Baffoe Abronye, the Bono Regional Chairman of the NPP are totally baseless. He has not been assigned any attacking role by John Boadu as mischievously put out. Abronye is campaigning for John Boadu because he believes in John's competence!

King David Nkabonam and his ilks must credit the good delegates of the Oti Region with some modicum of respect. They [delegates] know what is right for them and the party, and will not be hoodwinked with unwholesome lies by desperate candidates and their assigns.

John Boadu is a tried and tested General Secretary, and with his experience and competence, the NPP can rest assure of breaking the eight (8), come 2024.