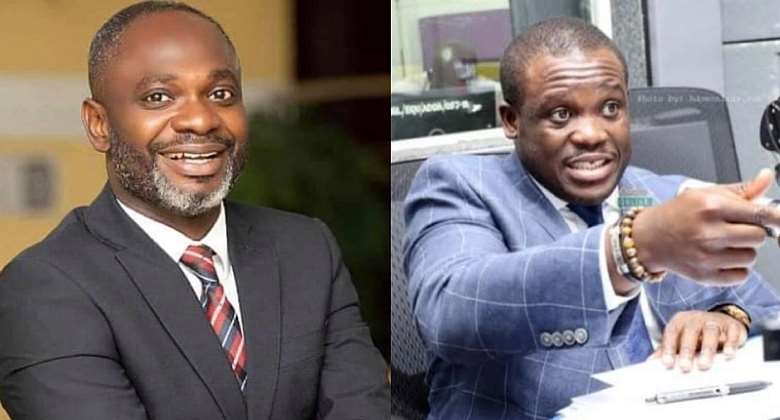 Popular broadcaster of the Accra-based peace FM, Odi Ahenkan Kwame Yeboah, has taken a swipe at the Member of Parliament (MP) for the Ningo Prampram constituency, Sam Nartey George for his comments at the Arise Ghana demonstration.

According to the broadcaster, Members of Parliament like Sam George cannot deceive Ghanaians that they are suffering despite all the allowances and benefits they enjoy from government.

He noted that the lawmaker was just trying to deceive the protesters to do things that would incite violence.

“Sam George is deceiving Ghanaians and the protesters, he is not suffering, no MP, despite the allowances and the numerous benefits they enjoy can tell us they are suffering.

“He just went there to instigate violence so, in the end, he will be cruising in his air-conditioned V8 to his house,” he said.

He said this in the twi local language during a newspaper review on Peace FM’s Kokrookoo morning show on June 29, 2022, monitored by Modernghana News.

He was commenting on the chaos that marred the first day of the demonstrations on Tuesday, June 28, 2022.