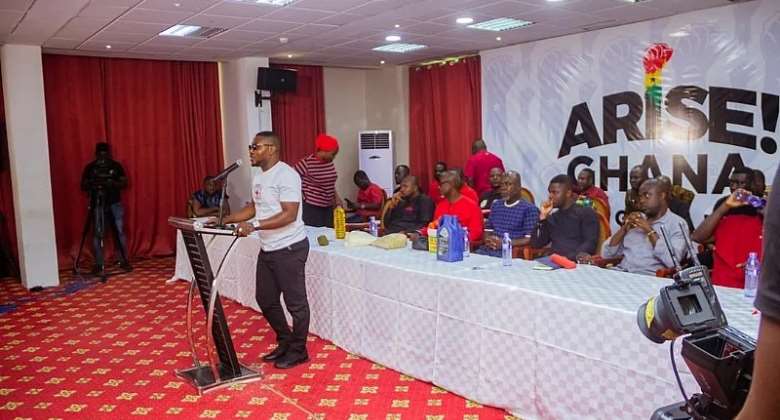 The Ghana Police Service has stressed that it will arrest organisers of the Arise Ghana ‘Krom ay3 hye’ demonstration and put them before the court for the destruction of property during their demonstration.

This is contained in a press release issued by the security service on Tuesday, June 28, 2022.

“...the organisers of the demonstration will be arrested and put before court for the attacks and damage to public property, in line with the provisions of Section 3 of the Public Order Act, (Act 491),” parts of a police statement signed by Chief Superintendent Grace Ansah-Akrofi has said.

Meanwhile, the Ghana Police Service has disclosed that 29 people who participated in the Arise Ghana demonstration on Tuesday have been arrested for their roles in the violence that marred the exercise.

The Police added that several other people caught on tape participating in the violence are being pursued and will be arrested.

“The Police have arrested 29 demonstrators for their participation in violent attacks on the Police and some members of the public including school children during the Arise Ghana demonstration in Accra today.

“Available video footages of the event are being reviewed and all other persons identified for taking part in the attacks as well as inciting the violence will be arrested and brought to face justice,”

Below is a copy of the Ghana Police statement: