So Kwesi Pratt is hoping for my downfall because of his benefits from NDC? — John Boadu 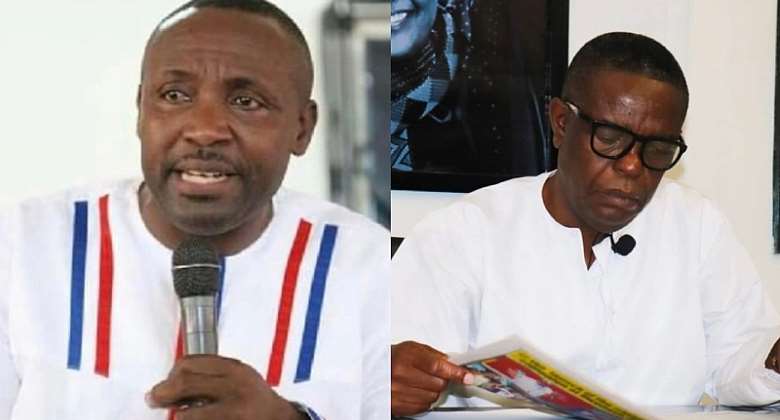 The incumbent General Secretary of the ruling New Patriotic Party (NPP), John Boadu who is seeking re—election has expressed disappointment in Kwesi Pratt Junior for predicting defeat for him ahead of the national executive elections.

Mr. Boadu stated that the chief editor of the Insight Newspaper is nowhere near his political achievements, citing his contributions to the NPP's success in the 2016 elections, which they won by a million vote margin and their subsequent win in the 2020 elections as reasons for him to be re-elected.

According to him, the ace journalist is only predicting his defeat out of fear of not receiving the benefits he (Kwesi Pratt Junior) receives from the NDC when they ever come to power.

“Kwesi Pratt is also praying I lose the elections. Kwesi Pratt is nowhere close to what I have done in Ghanaian politics. I have been the National Secretary, National Organiser, and Director of Operations. I moved my party from the opposition with a margin of over 1 million and won the presidency again and you sit there and say I should be removed. He is my friend and me winning will not serve his interest. He knows he won't get the benefits he receives from the NDC if we continue to be in power,” he said.

On Tuesday, June 28, in response to Mr. Kwesi Pratt's comments on his chances of retaining the position of general secretary in the upcoming NPP internal polls on Accra-based Okay FM, John Boadu boasted that his name should not be excluded from the five top politicians who have helped their parties achieve success in Ghana.

“In terms of political delivery in our country, if you are mentioning five people in this country that have helped their party to achieve credible achievements, my name cannot be left out in the list," he boasted.

'My Ga, Fante, Ewe and Northern brothers when was the last t...
10 minutes ago