Doing politics with the house of God: Some insights from political marketing 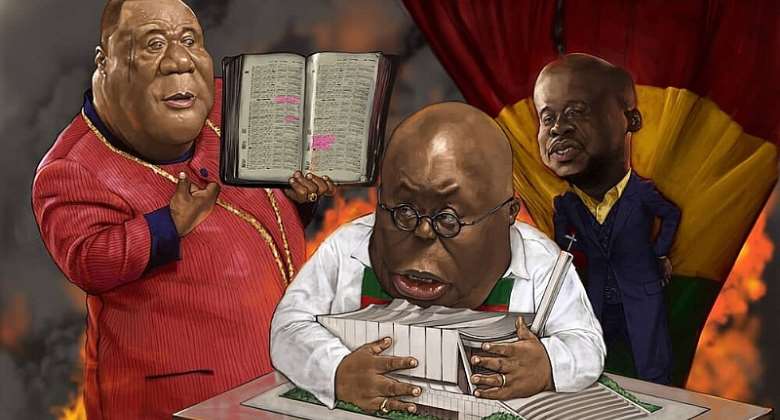 Citizens are on-the-ground beneficiaries of national projects executed by their elected representatives using scarce state resources. Within the context of this state-citizen relationship, the question of popular sovereignty becomes significant. The nagging questions various stakeholders attempt to address are:

To deepen our understanding of the current subject we define POPULAR SOVEREIGNTY to mean the controlling power exercised by free consumer-citizens in determining their priorities and choosing between ends when national resources are not only scarce but also have alternative uses.

The primary purpose of this piece is to apply basic marketing theories and principles to help analyze a national priority project: CATHEDRAL. An attempt will be made to discuss the fallouts and the implications of these on representative democracy.

In analogy with commercial marketing, three basic approaches to crafting and delivering value to citizens in an electoral market can be identified.

First is the political product/production approach: The approach emphasizes the centrality of the party ideology. National priorities are crafted within the broader party ideology. The party`s priorities become those of the nation. In our opinion, the cathedral is not a product of party ideology and so the project does not fall within the product approach.

Another approach is the political selling approach: This approach emphasizes the centrality of party leadership`s vision. The politician is omnipotent. His priorities become those of citizens. Citizens are assumed to be incapable of creating real priorities. To succeed the approach employs aggressive communication and propaganda.

Available information regarding the conception and the communication of the Cathedral suggests to us that the selling orientation has been employed by the state.

The third approach is the market approach: It holds that citizens are rational and are capable of creating their priorities. The needs and aspirations of consumer-citizens become central in defining national priorities and programs. The politician’s primary duty is not to create but identify these priorities and execute them better than rival parties.

The political misstates of commission and omission

Several fundamental mistakes appear to nourish the current discourse and consequently shape public opinion for or against the project.

The first mistake is the choice of a wrong approach and context. The selling approach would work well in polities where there is a single dominant party (one party or military rule). In this situation, citizens do not have credible options. It will also be feasible where the party leader is charismatic so that he is capable of moving the entire society on to his vision.

More importantly, the approach by the government fails to consider the degree of political polarization, ethnic diversity and religious complexities of our society. In a competitive democracy, one man`s vision cannot become a national priority.

Second is the attempt to translate a personal pledge into a national priority. Unfortunately, at the time of the pledge, a cathedral was not a matter of national importance. Where did the idea come from? Why and how was the idea conceived?

Third is the inadequate analysis and understanding of the structure and nature of key stakeholders, and in particular, current party rivalry in our political market. In a hung parliament such as what we have in Ghana, the opposition will always oppose and expose. “It is not the case of have your say and we have our way.”

The fourth mistake is the government`s failure to integrate and coordinate communication regarding the project. A project that starts as a personal pledge metamorphosizes into a private project, through to a hybrid (private-public) and now public project. At first, it was to be privately funded. Now, is the state providing seed money or it is going to provide full funding? What will be the cost of the project?

The final mistake is the inadequate analysis of the mega local and global environments and how that would affect the nation. In the face of worsening national debt, rising cost of living, and Covid the questions that beg for urgent answers are: What is our current national priority, and who defines it? In the opinion of many Ghanaians, the timing of the project is completely wrong.

What are the real political fallouts?

The government`s credibility and image have been damaged. Unfortunately, attempts to repair end up deepening the wounds.

State-stakeholder relationship is being put to test. Great men of God are compelled and dragged into the dirty game of politics. They are not used to the usual lies in politics and so are utterly helpless against the attacks on the project they are supposed to manage.

In a competitive democracy, the opposition benefits when the incumbent makes major political blunders such as what we witness.

The already dented image of representative democracy has gone worse. The very beneficiaries of democracy are killing the system`s legitimacy and so cause people to start wondering if there could be better alternative methods of governance.

Popular sovereignty is grossly violated in a representative democracy because it allows the ‘servant’ to define the priorities of the ‘master’; so that in a polity where the master (citizen) has no shelter the servant (politician) thinks a cathedral is important.

I know he speaks to the politicians through the thumbs of his servants and he will tell us what he thinks about the cathedral in 2024.

Hottest Photo Reports
Catch up with all the political quotes from our politicians.
Advertise here
More from Article
ModernGhana Links
A lucrative new African football league is coming: the pros and cons
Angola's 2022 election: an unfair contest the ruling MPLA is sure to win
Academic freedom and democracy in African countries: the first study to track the connection
TOP STORIES

We love Adwoa Safo but it may be too late for her – Dome Kwa...
5 minutes ago