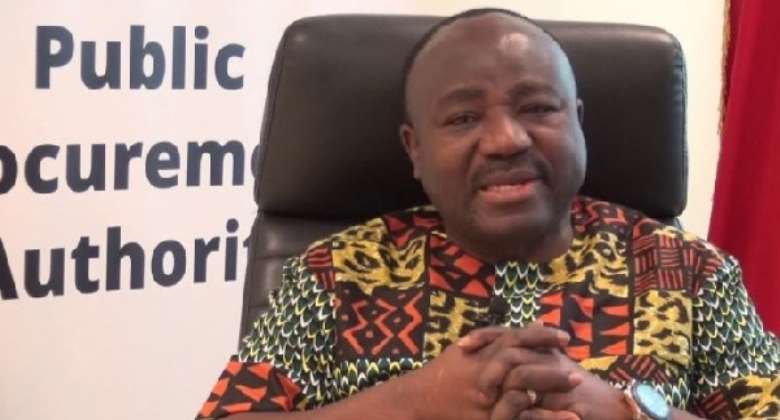 The court has set Tuesday, July 26 for the Case Management Conference (CMC) in the ongoing hearing against the former Chief Executive Officer (CEO) of the Public Procurement Authority (PPA), Adjenim Boateng Adjei.

This comes on the back of the prosecution serving the accused persons with all documents required for the trial on Tuesday, 28 June 2022.

The former PPA CEO, and his brother-in-law, Mr Francis Kwaku Arhin, are standing trial for corruption.

The embattled ex-CEO and his brother-in-law have been slapped with 17 counts for using public office for profit.

They were arraigned on Wednesday, 25 May 2022 and granted bail.

They pleaded not guilty to all the charges.

They are being prosecuted by the Office of the Special Prosecutor.

The two men were admitted to a bail bond on GHS5 million with two sureties each.

Mr Adjenim Boateng is to give his passport to the court registry until the case is over.

His brother-in-law was, however, granted a concession by the court to keep his passport on compassionate grounds.

The sureties are also to leave their national IDs with the court registry.