E-levy generates only 1.4% of GDP, it won't help us out of the economic crisis — Seth Terkper 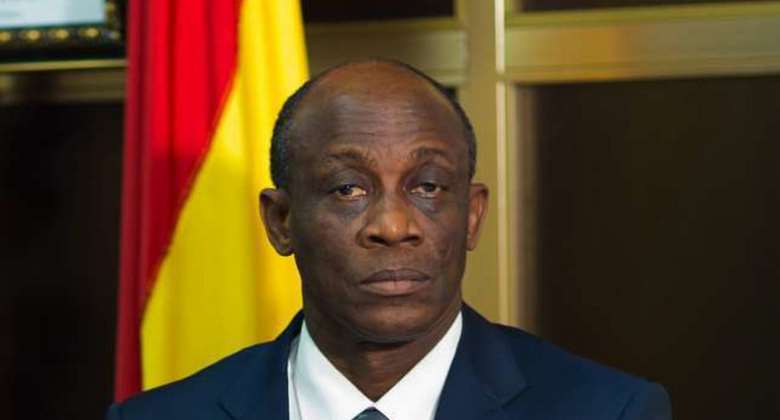 Former Minister of Finance, Seth Terkper has indicated that the percentage of revenue said to be derived from the E-levy is immaterial considering the current state of Ghana's ailing economy.

He noted that the E-levy was only raking in 1.4% of GDP of government's GHS100 billion revenue projections.

Speaking on the matter on Joy News’ ‘AM show’ today, Mr Terkper indicated that, the E-levy was already factored in gross revenue generation forming the 20% revenue government is expecting to make although only 13.5% has been realised.

“My short answer is that it will still be immaterial. In the context of the economic situation that we see ourselves in at the moment and I have made this point first, I have said that the E-levy is already factored as part of the GHS 100 billion equivalent of 20% GDP when all that we are able to do is 13%-15% of GDP revenue, which has been stagnant at that level.

"Our tax revenue is slightly below and therefore if you consider that the deficit we were confronted with, the likely increase in debt, the borrowing already had the E-levy factored into it. In fact, the E-levy is bringing in 1.4% of GDP. The deficit itself was 11%-13% by government's own admission and likely to reach 15% so how does 1.4% GDP help the economy?” he said in response to the host's question on whether to go by the 17% revenue in the survey by IMANI Africa or Gabby Otchere Darko's 10%.

He added that the E-levy was not going to help address the current economic crisis.

He noted that even though the tax had not stabilized yet, whether it was generating 10%, 50% or 70% it would just worsen the fiscal situation.

“If we take the government's medium term, which is in the budget, which is what we have now to see where government wants to land this economy, in terms of percentage of GDP. Again in the appendix, it is still 1.4% GDP. In fact, it is still 1.4% for 2022 all the way to 2025. So if that is what government was expecting, I am saying that the E-levy in substance was not going to help us out of the crisis and I kept saying this. Whether it is 10%, whether it is 50% or what we may be seeing as maybe 60-70% because the tax has not yet stabilized, would only worsen the fiscal situation because it has not been substantive despite everything that was being said,” he expressed.

Hottest Photo Reports
Catch up with all the political quotes from our politicians.
Advertise here
More from Headlines
ModernGhana Links
NE/R: Nursing student who threatened to kill patients in a TikTok video to face sanction
Tariff increment: 'Ghanaians have shown readiness to pay a little more to avoid ‘dumsor’'— Gabby
'Utility tariff will exacerbate current cost of living; do something to help Ghanaians' – Minority to gov’t
TOP STORIES