AU urges probe into deaths of Africans at Spain-Morocco border 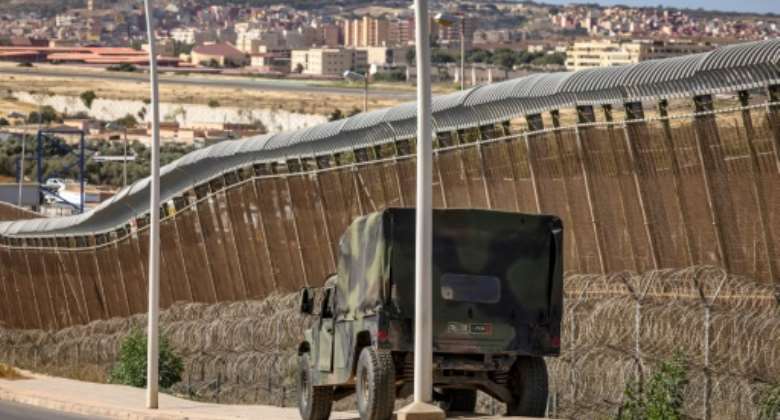 The African Union Commission chief has voiced shock at the "violent and degrading" treatment of African migrants trying to cross from Morocco into Spain after 23 people died, and called for an investigation into the incident.

About 2,000 migrants stormed the heavily fortified border between the Moroccan region of Nador and the Spanish enclave of Melilla on Friday.

At least 23 migrants died and 140 police officers were wounded in the ensuing violence, according to Moroccan authorities. It was the heaviest toll in years from such attempts to cross the frontier at Melilla.

"I express my deep shock and concern at the violent and degrading treatment of African migrants attempting to cross an international border from Morocco into Spain," AU Commission chief Moussa Faki Mahamat said in a statement on Twitter late Sunday.

"I call for an immediate investigation into the matter and remind all countries of their obligations under international law to treat all migrants with dignity and to prioritise their safety and human rights, while refraining from the use of excessive force."

Kenya's ambassador to the United Nations, Martin Kimani, said a UN Security Council meeting would be held behind closed doors on Monday to discuss the violence African migrants face in Melilla.

Kenya, Gabon and Ghana -- the African non-permanent members of the Security Council -- called for the meeting, he added.

"Migrants are Migrants: whether from Africa or Europe, they do not deserve to be brutalised in this way," Kimani wrote on Twitter.

Speaking at a regular press briefing, UN chief Antonio Guterres's spokesman Stephane Dujarric said: "We very much deplore this tragic incident and the loss of life."

Spain on Monday thanked Morocco for its "collaboration" in the defence of Spanish borders and once again blamed "international mafias that traffic human beings" for the incident.

But calls for a probe have increased, with around 50 migrant rights groups calling the Melilla deaths "the tragic symbol of European policies to externalise the European Union's borders".

"The death of these young Africans... alerts us to the deadly nature of the security cooperation on migration between Morocco and Spain," they added.

Spain's rights ombudsman said it accepted a complaint from several non-governmental groups on the incident and has requested information from the relevant administrative bodies.

Moroccan justice will prosecute 65 migrants, mostly Sudanese, who took part in the deadly attempt to force their way into the Spanish enclave, a defence lawyer in Rabat said Monday.

The prosecutor's office in Nador, which borders Melilla, has charged 37 migrants with "illegal entry into Morocco", "violence against law enforcement officers", "armed gathering" and "refusal to comply", their lawyer Khalid Ameza told AFP.

A second group of 28 migrants will be tried for "participation in a criminal gang with a view to organising and facilitating illegal immigration abroad", Ameza added.

The lawyer said the majority of the defendants were from Darfur, in western Sudan, which is in the grips of a food crisis and has seen recent violence that has left more than 125 people dead and 50,000 displaced.

The others charged are Chadian, Malian and Yemeni.

The migrant rush in Melilla came after Madrid and Rabat normalised their diplomatic relations following an almost year-long crisis centred on the disputed Western Sahara territory.

For Spain, the main objective of the diplomatic thaw was to ensure Morocco's cooperation in controlling illegal immigration.

Spain's enclaves in Morocco, Melilla and Ceuta, are the only land borders the European Union shares with Africa.