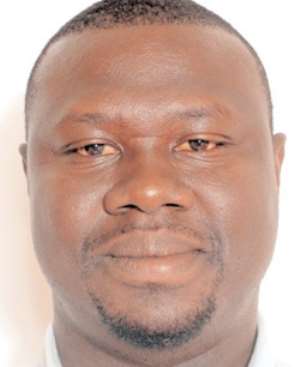 WOODEN BEDFORD trucks, popularly referred to as ‘Watonkyini or Boneshaker’, happened to be the main source of transport for folks living in Nima, Maamobi, Alajo, Pig Farm and the surrounding areas when we were growing up in the 1970s and 1980s. The trucks had all manner of inscriptions on them. As a 10-year-old, I was particularly intrigued by the inscription ‘Nowhere cool’.

Uncle Inusah of blessed memory, who was then a teacher, was the one I relied on for the meaning of the inscription. He explained that other people’s situation may seem better or more attractive than yours, but may not really be so because everybody, irrespective of location, is only trying to make ends meet. It was the first time I heard of the expression “the grass appears greener on the other side.”

As you may have already noticed, today’s title was deliberately chosen to drum home the fact that the economic difficulties being endured by me and my compatriots in Asomdwekrom is a global phenomenon. As the global economy was struggling to cope with the havoc and mess the deadly coronavirus pandemic had caused, Vladimir Putin invaded Ukraine, causing further damage to the global economy. Ours isn’t an island so we couldn’t escape the residual effects of the coronavirus pandemic and the ravaging consequences of the Russia-Ukraine war.

No one can deny the fact that things are hard in Asomdwekrom. But so are things hard around the globe. That alone should tell us that the hardship being endured by me and my folks cannot be as a result of mismanagement or incompetence.

It is the reason I become livid anytime I hear my compatriots compare President Ogwanfunu’s governance to that of President Nana Dee. Sampson Lardi Anyenini, the host of Newsfile, in trying to justify his association with the AriseGhana crusaders to demonstrate against the Nana Dee administration on Tuesday and Wednesday, said the economic situation today was worse than it was under President Ogwanfunu.

Well, it is Sampson’s right to join whichever organization he so desires. But it is also our right to question the rationality of his comparison of our beloved Nana Dee government to another.

I will not subject his opinion to strict scrutiny because he failed to provide the basis for his warped conclusion. But I have only one question for the so-called patriot.

If the economy was doing so poorly, why did he accept the VW Passat gift from the Nana Dee government as his prize for winning the best Journalists of the year? He should have rejected the brand new vehicle since that money could have been used to better the lives of the underprivileged. Of course, the cowries wasted on the vehicle could have been used to construct not less than 10 wells for our rural folks.

As for those saying President Ogwanfunu’s governance is better than what we are seeing today, it only reinforces the notion that Asomdwekromanians have very short memory. Otherwise, how could anyone in his or her right senses argue that living in ‘dumsor’ for 4 years was better than a ‘dumsor-free’ economy? The harm the ‘dumsorized’ economy caused the manufacturing, service and educational sectors can neither be quantified nor equalled by any government.

Abusuapanin, need I remind my folks of the number of companies that collapsed under the ‘dumsorized’ economy? Have we forgotten so soon how the cost of production tripled because of the use of generators? Have we also forgotten the sleepless nights as a result of severe atmospheric heat?

Yes, things are hard and all are struggling to make ends meet. But as the country’s first president Dr Kwame Okro said, “Those who would judge us merely by the heights we have achieved would do well to remember the depths from which we started.”

By all means let’s criticize when we should. But let’s also appreciate the fact that today’s economic hardship is global, so ‘nowhere cool’.