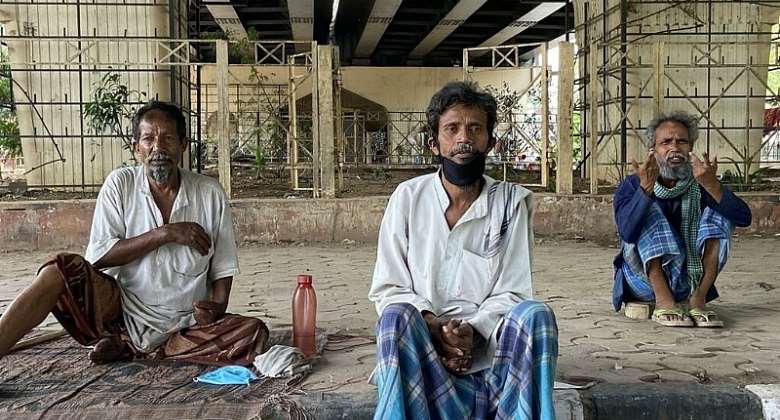 Violent attacks on Muslims by Hindu nationalists has been on the rise since Prime Minister Narender Modi was elected prime minister in 2014.

In the last couple of months alone, dozens of Muslim properties have been demolished in “anti-encroachment” drives by bulldozers in New Delhi and in the ruling Bharatiya Janata Party (BJP) ruled states of Uttar Pradesh, Madhya Pradesh and Gujarat.

While officials say the demolitions only target illegal buildings, rights groups and critics say they are an attempt to harass and marginalise Muslims, pointing to a wave of rising religious polarisation under Modi's rule.

They have pointed to a worsening pattern of violence against the Muslim community in India, which makes up 14 percent of the country's 1.3 billion population.

“The government thrives on the politics of hate. It wanted to send a clear message to its core constituency of hard-line Hindus that it had not deviated from its path of othering the Muslims,” said Navaid Hamid, president of All India Muslim Majlis-e-Mushawarat (AIMMM), an umbrella body of over a dozen leading Muslim organizations,

“That is why it resorted to bulldozing houses."
“It marks a moment in time where you are seeing a transition from a sort of fragile, flawed democracy… transitioning brazenly into a criminal fascist Hindu enterprise,” said prize winning author, Arundhati Roy.

In the past few years, Muslims have been targeted for their food or clothing, or over inter-religious marriages.

More recently, Muslim girls wearing a hijab were banned from entering their classrooms in the southern state of Karnataka, governed by the BJP. The courts also upheld the decision of the government.

Earlier this month, unrest spread in several Indian states after controversial remarks were made by senior members of the ruling BJP about the Islamic prophet Muhammed.

The demonstrations turned violent in some states as people damaged property. Authorities were criticised for a heavy-handed response as they demolished three Muslim-owned houses in Uttar Pradesh, alleging that they had been illegally constructed that were denied by the owners.

BJP spokesperson Tom Vadakkan said the protests were part of an "orchestrated program" with a specific game plan.

"There are elements who want to disrupt the social fabric of the country and they need to be isolated so that the development agenda can progress," said Vadakkan.

The scope and intensity of the clashes have alarmed members of the community.

“Of course, there is anguish and it is unfortunate that we have to see all this,” said Abdul Majid, an IT professional.

“But the scale and the vehemence with which it is happening now…this is alarming. That is not the way societies progress.”

While Muslims have been feeling under threat since the BJP came to power, hostility towards this community has become even more overt.

The changed climate in India's famously argumentative democracy has come into sharp focus.