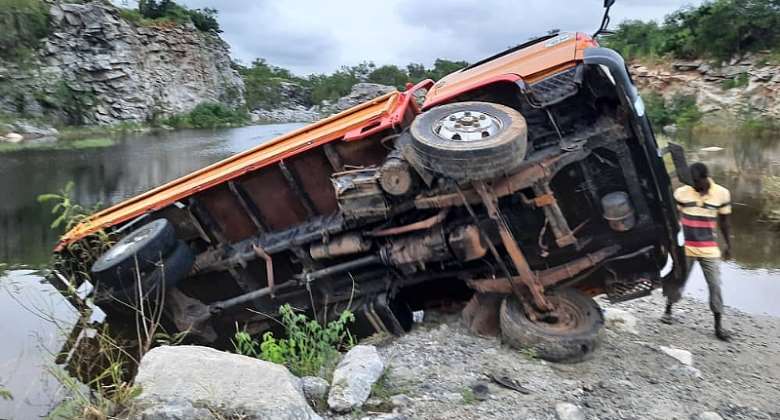 One person has been confirmed died, while another is battling for her life after a KIA Rhino truck lost control and ran into two people.

Eyewitnesses say the KIA Rhino tanker had gone into an abandoned pit at Aprah in the Gomoa East District to fetch water, while the teenagers were also there to do the same when the incident.

The body of 15-year-old Diana Acquah has been deposited at the St. Gregory Catholic Morgue, while the other person, whose identity is not yet known, is receiving treatment.

About two weeks ago, one teenager lost his life while swimming in the abandoned pit, bringing the number of persons who have died in the pit to twelve, according to residents.