'There is hope; not in my party but Mahama coming back' — NPP activist Baah Acheamfuor on current economic woes 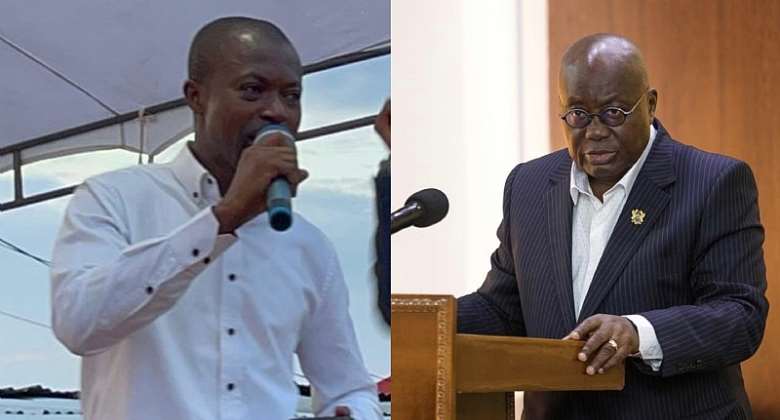 According to Baah Acheamfuor, Ofori Atta has failed Akufo-Addo and the entire nation

The president is waiting for Ofori Atta to fix the mess he created, Baah Acheamfuor affirmed

Mr. Baah Acheamfour, an activist for the ruling New Patriotic Party (NPP) says there is still hope for Ghana's economy, but certainly not under the current NPP government.

Mr. Acheamfuor further stated that former President Mahama is the only person who can save Ghana's economy if re-elected in 2024.

“There is hope but not in the NPP. Because the NPP has proven that there is no hope. Today. The only hope Ghana has is calling back John Mahama in 2024," he noted.

The NPP activist revealed on XYZ TV, an Accra-based television station monitored by Modernghana News, that a former Akufo-Addo appointee confided in him that the President has lost faith in Mr. Ken Ofori-Atta, the Finance Minister.

"Akufo-Addo thought that Ken will deliver... Akufo Addo thought that should the party need some funds, Ken Ofori-Atta will conjure some magic to get the funds. He taught Ken was a genius and will be conjuring magic and he (Akufo-Addo) is disappointed at the current state of Ghana's economy," he said while speaking in a local dialect, Twi.

According to Mr. Acheamfuor, the reason President Akufo-Addo has not sacked the Finance Minister is to allow him time to solve the mess he has created with the economy of the country inorder to redeem his (Ken Ofori Atta) image as an economic guru.

"But he (Akufo-Addo) has no reason to sack him (Ofori-Atta) till he fixes the mess he has created. But can he fix it? No. So, in the NPP there is no hope,” he emphasised.

Hottest Photo Reports
Catch up with all the political quotes from our politicians.
Advertise here
More from NPP News
ModernGhana Links
'Alan and Bawumia have made Ghana a laughing stock, they're unfit to lead NPP' — Akoto Osei Camp
NPP to decide fate of members who marched in support of Alan Kyerematen
'It wasn't my intention to create this misunderstanding, I apologise' — Hopeson Adorye
TOP STORIES