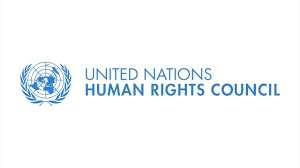 A Non-Governmental Organization (NGO) in special consultative status “Réseau Unité pour le Développement de Mauritanie” has called on the Human Rights Council of the United Nations to take steps to resolve the conflict in Western Sahara and stop the source of terrorism in Sahel and Saharan region.

The NGO, in a statement to the UN Human Right Council noted that the conflict in the region had become a burden on the international community despite clear signals of possible diplomatic solutions.

Additionally, the NGO noted that “this long-lasting conflict is a threat to peace and stability in both North Africa and the Sahel and Sahara region.”

The statement noted that the residents of the Western Sahara region were looking for a peaceful solution that protects them from the isolation and division they have been experiencing due to the camps and the separation wall.

The Saharawi families, since 1976, have been living in division and scattering due to the insistence of the parties to the conflict not to provide concrete solutions to lift the siege on their victims.

The residents of the camps have been greatly affected by the repercussions of the covid pandemic, without support from any government.

The political decision in the Tindouf camps may not be in the hands of the Polisario as it is believed that Algeria plays a role in controlling and dominating the choices of the Sahrawis.

The NGO therefore drew the attention of the independent Commission for Human Rights to the concern that Algeria may take destructive decisions for the future of these victims if not engaged early.

The statement said the Tindouf camps have become incubating structures that support and nourish terrorism and organized crime and thus exploit the youth.

The NGO called on the Council to end the conflict and help take effective steps to urge Algeria to accept a peaceful and realistic solution, which Morocco has positively done to resolve the conflict by proposing autonomy since 2007.

It added that the opportunity was ripe to allow the Polisario leaders to accept autonomy as a solution to the conflict, especially since there was increasing international recognition for considering autonomy as the credible and rational solution to resolving the conflict in Western Sahara.

Additionally, the American recognition of Morocco’s sovereignty over Western Sahara is a strong signal that the population received with satisfaction and acceptance, and it must be exploited in order to push for the adoption of autonomy based on respect for human rights and to enable the Sahrawis to enjoy their full economic, civil and political rights, preserve their culture and benefit from the natural resources of the Western Sahara region.

It therefore called for respect for human rights in the Western Sahara region by both Morocco and Algeria and under all circumstances and consider that autonomy provides an important opportunity for the Sahrawis to enjoy a decent and peaceful life.

The NGO further rejected the exploitation of Sahrawi children and their recruitment into the Western Sahara conflict; called on the international community not to remain silent and to ensure that those responsible for recruiting children in the camps do not go unpunished.

Also, it urged the UNHCR in Tindouf camps to take all preventive measures to protect Sahrawi children from exploitation and recruitment in military activities.